Prisoners and guards: the divide that may kill recruitment 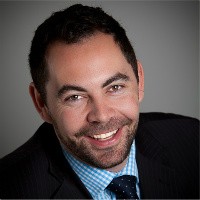 Picture this: it is 1971, Stanford University. Philip Zimbardo leads a team that conducts a seminal experiment into human nature, choosing 24 men at random and assigning them to be prisoners or prison guards.

More than just horseplay, subjects are to live the lives of guards and prisoners for a fortnight; the hypothesis being that it is the inherent traits of people who choose to be guards, or criminals, that leads to abusive behaviour.

Within six days, the experiment had degenerated to the point where the experiment was cancelled. Guards had subjected those under their control to physical and emotional abuse; prisoners had banded together and had created a sub-culture of defiance and anarchy. Riots, hunger strikes, solitary confinement, and forced nakedness – all demonstrated within six days. It was like Lord of the Flies on speed.

Zimbardo, who himself played a hands-on role in the experiment as a superintendent, was at once lambasted and lauded for the uncomfortable light that the scenario shone on the nature of humanity. Recent comparisons with Abu Ghraib brought the experiment back into the spotlight, but I wonder if we can also look to the corporate world to find this going on, today.

Internal recruiters have become the guards. Those in agency-land are the prisoners.

Most recruiters start out working for an agency. Some love it, some hate it. Some of both types choose to move into internal recruitment, where the requirements are different but no less onerous. Put simply, you gotta sell in agency-land, and in internal recruitment you gotta live with the consequences of your placements.

There’s something that happens in the psyche of an agency recruiter when they move into an internal role. I’ve seen it happen too many times for it to be a coincidence: every single agency recruiter, and quite a few internals, will tell you the same. They become guards. On Friday when they leave their job, they will make 10 last cold calls to try to drum up some business for the firm they’re leaving.

On Monday, when someone from the agency they used to work at calls them to try to win work, they black list the agency and refuse to deal with them.

Over the years, I have heard of increasingly ludicrous behaviour from internal recruiters, from blocking agency emails to screaming down the phone at poor juniors who are trying to meet their quotas. Cronyism is common, with friends often gifted roles that would otherwise go to more qualified recruiters.

Nope. You see agency recruiters (myself included, even though Search is a different beast all together), we have become prisoners.

We bitch. We moan. We try to have our visitors (let’s call them the hiring managers) sneak us snacks and ciggies. We dissent and we riot and we post blogs like these blaming internal recruiters for all our woes, feeding the angry beast.

There needs to be a complete paradigm shift in the way that recruitment operates in our market. We can’t be prisoners and guards anymore.

What can be done? For starters, it’s disingenuous to expect a two-year recruiter who moves to an internal model, be it recruitment process outsourcing (RPO) or in-house, to effectively engage with, gate-keep, or control highly specialised, very experienced recruiters. Not only is the knowledge base and experience set way off kilter, frankly senior recruiters deserve more respect. And we need to be concerned with business outcomes more so than arbitrary KPIs.

So, I would like to see more industry relationship managers taking a pro-active role in agency engagement. Deloitte, who has been much maligned in the past for their internal recruitment model (see this letter by AndersonPartnership chief Niall Hamill), have developed an excellent new framework of partnering with specialist firms on a case-by-case basis, but building and developing these relationships well in advance of any requirements. They’ve moved away from an arms-length arms race to, effectively, making the first steps towards tearing down the walls between agency and in-house.

An RPO contact of mine described that the function of the RPO was to bring down the overall recruitment spend, and junior internal recruiters often mistook this to mean that external agencies must be shut down at all costs, rather than focusing on long-term strategy. And that long-term strategy should be about building relationships so that when those senior or impossible roles need to be filled, the right solution can be implemented immediately.

Agencies seeking to win new business, then, shouldn’t be blocked at this early gate. If they’re to be blocked, give them the chance to speak to the recruitment manager, or the solution lead, or whomever. Otherwise, agencies will just keep floating and hoping, because after all that is still the only way for new businesses to land relationships with RPO / in-house teams. Other than my good friend nepotism, of course.

Recruitment is often like Hotel California – you can check out, but you can never leave. Once a recruiter, always a recruiter. And in a way, we have all become prisoners here, of our own device. Agencies need to be a part of this paradigm shift. It can’t all be on the internal side. Rather than float random candidates, or ad-chasing, try building a proactive relationship. Seek out meetings with the recruitment manager, or the solution lead, while at the same time building internal networks within the business.

Differentiate your service by working with the system but understand the goals and objectives of the internal recruiter you are speaking to. They will become guards just the second you act like a prisoner, but once agency staff realise that they all come from the same pool, and indeed once ‘guards’ realise this all too, then some of those barriers will start to fall away.