Ranking employees: the management style everyone loves to hate 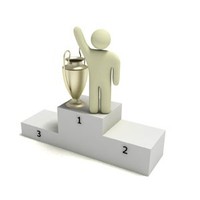 It’s a specific term for Microsoft’s practice of ranking employees, also known as forced ranking. It has seen the company pilloried in the financial press.

This August’s Vanity Fair magazine will feature what insiders says is a damning article exploring how Microsoft, once the world’s biggest technology company, fell behind its rivals in a mere decade.

In a preview released online, the magazine describes how those approached by journalist Kurt Eichenwald all cited stack ranking as the most destructive process inside Microsoft.

But let’s not gang up on Microsoft. Though they often don’t like to talk about it, the fact is many of the world’s leading companies rank their employees. A recent study by the Institute for Corporate Productivity found 14% of all companies use a forced ranking system (a dramatic decrease from 2009 when 42% of companies used it). Among the Fortune500 (the 500 largest American corporations by revenue), the usage of forced ranking is estimated to be as high as 60%, though few will actually call it that.

Microsoft’s system has similarities to that used at GE under Jack Welsh, its lauded former CEO. Under Welsh, the company divided its employees into three groups every year – a top 20%, who were rewarded, the next 70%, who were kept and given coaching and mentoring, and the bottom 10%, who were fired. “You do not want to lose the majority of your middle 70 – you want to improve them,” Welsh wrote in his 2005 book, Winning. But he wasn’t so charitable about the bottom 10%: “There is no sugar-coating this … they have to go,” he wrote.

Companies commonly have a formalised performance review. But ranked systems don’t just look at how well an employee is meeting their job description; they rank employees against each other, generally using a bell curve to put their employees into categories.

There are benefits to this. Dick Grote is a performance management consultant in Dallas who has written a book on the subject. He writes that in many companies, every worker can come away from a performance appraisal discussion feeling they are above average. The strength of forced rankings is they aren’t fluffy. It might be a manager’s instinct to sugar-coat performance, to point out the good as well as the bad. A number doesn’t obfuscate.

By giving people honest feedback, forced ranking has the potential to banish complacency, and reward those who are the most productive. It can foster a meritocratic, high-performance and high-commitment culture, where those who don’t contribute don’t stick around long.

However, the system is very controversial. Most of the financial press, including Forbes, Business Insider and BRW, have in recent days dubbed Microsoft’s tactics as some variation on “the management style that will destroy your company”.