Reasons to be grateful for the business tax report 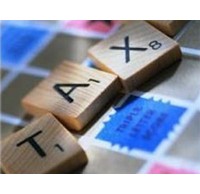 The business community was not waiting in breathless anticipation.

The federal government’s Business Taxation Working Group issued a report yesterday saying it could not find a way to cut corporate tax – as the government promised – under the terms mandated by the Treasurer, Wayne Swan.

The BTWG’s mandate was to fund a tax cut by asking corporates to sacrifice tax deductions in other areas – for example, deductions for bank interest, depreciation, or research and development.

Most leading companies and commentators considered the group’s work doomed from the get-go.

The BTWG was widely seen as a political stunt, a face-saving device to smooth over last year’s pointless flurry of activity – the federal government’s two-day business tax forum on October 4 and 5.

Not a frivolous exercise

But all is not lost, says Paul Drum, head of business and investment policy at CPA Australia, the largest accounting body in the land.

“The whole thing has not been frivolous,” Dunn says, describing it as “a trip that has to be taken to see if there is any opportunity to reduce some of the other tax breaks that apply to companies that might have outlived their usefulness”.

“In that regard, it has been very useful. The tax take for corporates is larger than it was a decade ago, and what we have seen is there is not a lot of slack in the system.”

As of Monday, businesses have to shoulder the lion’s share of Swan’s effort to deliver a budget surplus. In his mid-year economic and fiscal outlook (MYEFO), Swan changed the rules for “large” businesses: PAYG tax instalments will be paid monthly, not quarterly, with 10,500 companies affected over the phase-in period from 2014 to 2016 (see our report here).

The promised one per cent tax cut for corporates is not enough to be useful, however, the report found.

It might have provided some temporary relief from the impact of that change – which delivers $8.3 billion into the government’s coffers, and out of the working capital of the affected companies.

CPA Australia advocates a 25% corporate tax rate, but does not advocate the fall occurring in “one fell swoop”.

“We need to dig deep and we need a plan.”

Research and development in the Asian Century

Dunn welcomes the working group’s rejection of further cuts to research and development tax concessions. “R&D tax concessions have been pared back significantly over the past few years,” says Dunn.

Dunn says the review found that, in the light of the “Asian Century”, in which Australia is competing in a global knowledge economy, no further cuts can be made to our efforts to build intellectual property.

“Knowledge, intellectual property and services is where the money is to be made,” he says. “It is not about shipping primary produce, and unprocessed raw materials. Fortunately that has been an absolute saviour for our economy, but if you pare that back, you are left with nothing.”

The “to-do” list from this week’s business tax announcements

For leading companies, their effort will be best spent campaigning for bigger corporate tax cuts armed with the knowledge provided by the working group’s dead end.

“This is the end of the chapter, but not the end of the task,” Dunn says. “Next year is an election year.” Companies can now take a campaign for tax cuts to both parties.

Although a lot of companies will be affected by the federal government’s new PAYG payment rules, Pitcher Partners partner, Ray Cummings, says the companies most likely to be badly impacted will not be affected until 2016.

By then, a lot may have changed, including the government. It is a matter of getting ready, but not hurrying to do so.

More urgent is the need for business to reinforce the findings of the BTWG to the federal government, which on Sunday will release

Says Dunn: “The Business Tax Working Group has shown how it can’t be done. We have to figure out the best way to achieve it, and that is particularly important in the Asian Century.”