Rich Tales: How to lose $25 billion in a year – Brazilian tycoon Eike Batista races to save his empire 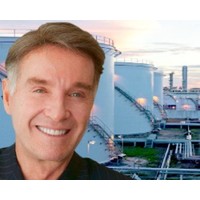 In March 2012, Brazilian tycoon Eike Batista said he would soon become the richest man in the world.

“I’m not bragging,” he told The Sunday Times from his penthouse office in Rio de Janeiro.

“It’s just a consequence of all the things that we have done. Just look at the assets. Jesus, by 2015 we will be making $10 billion. Between 2015 and 2020, that will double, or triple. And those are discounted numbers I’m giving you.”

Batista had built a fortune of $34 billion, making him the seventh richest person in the world. Now, just a year later, he’s worth a relatively paltry $9 billion.

Shaving a cool $25 billion off your net worth in just a year is no easy feat. For those of us not on the Rich List, it’s hard to comprehend just how much $25 billion is.

Look at it this way: it’s the entire fortune of Amazon founder Jeff Bezos, who’s currently the 19th richest man on earth. Rupert Murdoch is only worth $11.2 billion all-up. Gina Rinehart’s wealth has most recently been valued at $17 billion (she’s taken a hit from falling iron-ore prices).

Last year, Batista was worth more than them all, and believed he would soon close in on the fortunes of people like Mexican telecomm kingpin Carlos Slim Helu ($73 billion) and Microsoft founder Bill Gates ($67 billion).

Batista lived the high-life, being especially fond of speed-boats (in the 1990s he was the world super offshore powerboat champion). The wealthiest man in Brazil, he was recently praised by Brazil’s President Dilma Rousseff as “a special kind of entrepreneur”.

“He’s the kind of person who comes up with extremely ambitious dreams and then seeks to fulfil them,” the President said while touring a port Batista is building. Batista is widely credited with having bankrolled Brazil’s successful bid to host the 2016 Summer Olympics.

And then it all went wrong.

Batista’s wealth lay in the five companies he headed through conglomerate EBX Group, which he chairs. The companies within the group have interests in oil and gas, gold-mining, energy, equipment manufacture, and logistics.

His companies have yet to turn a profit. Much of their valuation was in anticipation of the huge wealth they would generate once fully operational. And as various projects missed deadlines, analysts began shorting the stock – borrowing shares and selling them, with hopes of buying them back at a lower price. When enough short-sellers do this, it becomes a self-fulfilling prophesy.

That looks unlikely now. Not that Batista would say so.

In March, he told his 1.2 million Twitter followers anyone betting against him would be “caught with their pants down”. He added that he “would not tolerate bad journalism”, probably referring to ongoing speculation that his companies are having funding problems (claims he and his companies have repeatedly denied).

The OGX kerfuffle is only one of the many Batista’s companies have suffered in recent months. The port he’s building in Rio de Janeiro, which would be the world’s third-largest, is behind schedule and struggling to reach its $40 billion investment goal, after Nissan pulled out of helping finance it and Anglo American postponed plans to do so. Earlier this month, workers on the project went on strike for two days, saying they hadn’t been paid and were being forced to work in substandard conditions.

Was Batista’s fortune always just hype? Or was there something underneath it all?

His companies are still operating, and could still turn a profit if some of their projects ever actually get completed.

But it seems the investors who fund such endeavours have tired of Batista. Credit agencies have lowered their valuations of his companies to B-, making it more difficult for him to raise capital. EBX Group has lost 70% of its value in the past year. This raises ongoing concerns that he’ll run out of money before he can complete his projects.

“People were basically investing in a PowerPoint presentation,” analyst Ed Kuczma of Van Eck Associates told Bloomberg. “He’s very charismatic. I’ve seen him on road shows and he definitely lights up a room when he walks in. But he doesn’t have the credibility he used to.”

The Brazilian government could controversially step in to fill Batista’s funding gap. Last week, state-controlled oil company Petrobras announced it was in talks with Batista’s EBX group about a potential tie-up. “This is business, not aid”, CEO Maria das Graças Foster insisted.

Becoming the richest man in the world is a lot harder than it seems.