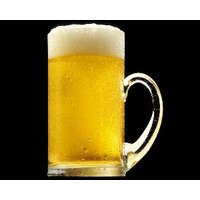 It might have been the most expensive pub ever bought in Brisbane, but it doesn’t look like millionaires John Singleton, Mark Carnegie and Geoff Dixon plan on slowing down the growth of their burgeoning pub empire anytime soon.

Earlier last week, the three bought Brisbane’s Exchange Hotel. The price wasn’t disclosed, but newspaper reports peg it at having sold for between $35 million and $40 million. If this is on the mark, it would be the most expensive pub ever purchased in Brisbane.

These include the landmark Marlborough Hotel in Sydney (bought for $12 million at auction), the Elephant Arms Hotel in Brisbane and Sydney’s Bristol Arms Hotel.

It might seem like a passion business for the three millionaires, but no doubt they would describe it more as a savvy business investment.

In the years leading up to 2008, pub values soared. Owners took on heavy debt to finance new renovations and pub purchases, but then the market crashed, and prices kept falling. By late 2011, values were at rock bottom. And so, Singleton and his mates went on a pub crawl.

There was, quite literally, a pub crawl, but given the 15 hours of business meetings the trio took, I’m sure they weren’t too sloshed.

Singleton booked in 15 hours of meetings with pub owners all across Sydney. And he liked what he saw.

The strategy, going by Singleton’s public statements, was simple but ambitious.

He, Carnegie and Dixon would tip in $100 million of their own money, along with some bank debt and other funding, and use it to buy distressed pubs, whose owners were keen to get out.

They would then turn these pubs into balanced cash cows, with food, drinks and poker machines contributing roughly one third of revenue each.

Once the pubs are fully up and running the way they should, the plan is to eventually list the pub fund on the stock market, hopefully netting the three founders of the Australian Pub Fund a handy profit for their trouble.

When news of the pub fund first broke, Singleton said it could buy “three or 33” pubs, depending on whether or not the opportunities were there.

Two years later, it seems there’s been plenty of undervalued real estate on the market. The fund has flagged its intentions to buy more pubs in Brisbane, and it’d be unwise to dismiss further purchases in the founders’ home city of Sydney.

Neither Singleton, Carnegie nor Dixon made their fortunes in hotels or property. But, when you’ve got the money, I guess the opportunity is there for the taking. Cheers to that.