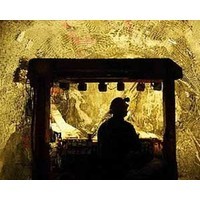 Rio Tinto: the very name is redolent of vast barren landscapes. Landscapes where trouble can appear out of nowhere. Its name in Spanish means Red River. For Rio Tinto this has meant red rivers of iron ore, red rivers of copper, red rivers of gold. Rivers, sometimes, of trouble.

While the company’s executives bask in the friendly climes of London, Perth and Singapore, it is in Mongolia?—?one of those particularly unforgiving lands where the company digs up its treasure?—that Rio has again orchestrated its own crisis.

At the start of the year things looked terrific. After years of creeping up the share register it had finally secured a majority stake in Ivanhoe, its Canadian joint venture party in what will shortly become Mongolia’s largest mine: the Oyu Tolgoi copper and gold deposit. All it had to do was to secure an electricity supply from China, just across the border from the mine in the South Gobi Desert. Ten months later there are new laws in front of the Mongolian government which would raise royalties paid by all foreign mining companies.

In addition to that, Rio is being pressured by the newly elected government to change the Oyu Tolgoi shareholders agreement which splits the mine ownership 76-33 in favour of Rio. It wants a bigger slice sooner. And in something of a nasty coincidence, Sarah Armstrong?– a 32-year-old Australian lawyer from Rio’s Mongolian coal mining subsidiary SouthGobi Resources?–?has been the subject of ongoing interrogations by the country’s anti-corruption agency, forbidden to leave the country for several months before her sudden release on Christmas eve.

It’s far from the first time Rio’s management team, under chief executive Tom Albanese, has shot itself in the foot. In 2009, after years of a distinct lack of management in its China operations, the chickens came a-clucking. Sometime during the previous decade, Rio took its most senior western executives out of China and handed off management and critical deal approval powers to local staff. Complaints about this poor governance decision from others in Rio’s Shanghai office were ignored.

Rio had also left the chief salesman for northern China, a Tianjin man with an Australian passport known as Stern Hu, in the same job for more than a decade. More shoddy governance in an industry notorious for the too-cosy relationship between steel mills and salesmen. In July 2009, four Rio sales executives including Hu were arrested for bribery. Instead of keeping an eagle eye on its biggest market, Rio’s Perth-based executives were happy to pocket their bonuses, despite gaping holes in the Chinese operations’ systems and processes.

It was, according to former ambassador Geoff Raby (Australia’s envoy in Beijing and in the thick of the case at the time), “management failure”.

Rio’s latest SNAFU goes like this: for many years Rio’s been eyeing Mongolia’s massive Oyu Tolgoi copper and gold deposit. The problem was Canadian company Ivanhoe had beaten it to the deposit. But as a top-tier miner Rio had ready access to the cash to develop a major mine hundreds of miles from a major city. It inked a management and operations agreement and in January finally wrapped its hands around Ivanhoe.

It took two months to complete all the transactions that would mean Rio could take control. That month it appointed Kay Priestly as the company’s chief executive and changed Ivanhoe’s name to the anglicisation of Oyu Tolgoi?—?Turquoise Hill. But there was a small wrinkle: Turquoise Hill also owned 51% of a small Mongolian coal miner called SouthGobi Resources, its revenues about $300 million annually. Listed on the Hong Kong stock exchange, it was a company with a future, run by Australian Alex Molyneaux.

But it was too small for a company as large as Rio to waste management time and resources on. Rather than wait, Rio decided to sell. After all, it had an eager buyer in Chinalco, Rio’s largest shareholder and first port of call for any deals under a very close relationship the two have as part of Rio’s charm campaign on China since the Stern Hu fiasco.

But there was a problem. And a big one. Mongolia has long lived in fear that China wants to take all its resources and maybe even the country. After all, its neighbour had already annexed what is now known as Inner Mongolia and with it millions of ethic Mongolian. A Beijing-backed state owned enterprise such as Chinalco was at the top of any list of buyers that any Mongolian government would be happy to see.

So this would be a test, perhaps deliberately set by China, to gauge just how much feeling there was against it. Management at Rio, SouthGobi and Chinalco had been told, quietly, the government was ready to do such a deal, welcoming Chinese investment rather than fear its financial and cultural hegemony.

But it seemed that no one at Rio had paid heed to recent history, taken the pulse of the man on the street or understood there was an election only three months away. Political groups immediately seized on the deal and it became the nation’s biggest story. With nationalists in both main opposition parties?–?one only recently formed by ex-president Nambar Enkhbayar –?the government was backed into a corner. Desperate, it drew up fresh foreign investment rules which handed more equity in any new project government. That was the end of the SouthGobi/Chinalco deal.

The election was won by a coalition of National Democrats and the former president’s new nationalist party. The winners kept the new investment rules and added extravagant fresh spending promises. Yet to keep those pledges, the Mongolian government is now staring into a fiscal abyss. Its only real option for raising extra revenue is from the companies?– lead by Rio – which have caused it to be the world’s fastest-growing economy in 2011 at a stonking 17%.

Rio believes it has a watertight shareholders agreement and investment agreement?–?a three-way deal between Rio, Turquoise Hill and the Mongolian government?–?but as Rio executives have privately admitted, the government can pretty much do as it likes although it could involve scaring away all but the most risk-happy investors.

The reason for Australian lawyer Sarah Armstrong’s trouble in the corruption-riddled nation are murkier but it surely did not do her cause any good that that she had provided an extra lever on Rio.

Rio, as usual, points the faintly colonialist finger at the Mongolians. It is like most modern corporations?– never to blame.

But it didn’t have to be like this and arguably would not have reached this point if Rio had simply held onto SouthGobi until after the election dust had settled. Like the Stern Hu affair and the embarrassing Alcan fiasco, Rio’s strategy in Mongolia for such a long time painstakingly executed switched to expediency. Not good enough. The company, time and again has shown remarkable poor judgment.

If you were a shareholder, you would wonder why the Rio Tinto board?–?certainly an improvement on the one that bought Alcan – allows this to keep happening.