Scratch my back and I’ll scratch yours: Companies underestimate employee reciprocity 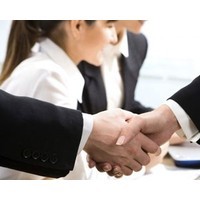 Look up Rodd Wagner, and you’re likely to find plenty of pictures of him with a boomerang.

These days, it’s become his visual shtick. When LeadingCompany spoke to him this morning, it was clear why.

Wagner is one of the world’s leading experts on employee engagement. His work has been parodied in the Dilbert comic strip. He’s the author of two New York Times best-selling books. And, until last year, he was a principal at Gallup.

In January, Wagner joined BI Worldwide as one of its vice presidents. Since then, he’s been surveying employees around the world to try and figure out what can make them work harder.

“I don’t think it’s been appreciated how strong reciprocity is as a motive,” he tells LeadingCompany.

Wagner has conducted research with American employees, and recently ran the same study in Australia. He says that, while there are some minor differences, human nature is pretty consistent across the countries he’s examined.

Employees are eager to do a good job, Wagner says. This is despite the rational economic response being for employees to try to get the most money for the least amount of work. But in most cases, employees don’t do that if there’s an alternative, because it doesn’t satisfy their emotional needs.

Companies wanting to get the most out of their employees make it easy for them to contribute.

Plenty of companies do engagement surveys. But rarely do these surveys lead to practical tools to boost employee buy-in.

To give companies a practical hand, Wagner and BI Worldwide have come up with 10 ‘new rules of engagement’. If companies follow these principles, Wagner says, they reap an engaged and devoted workforce, who don’t want to change jobs and view their workplace as something that deserves the best of their abilities.

The rules include some things that are counterintuitive, like making money a non-issue, meaning money shouldn’t be emphasised as a key focus of a company’s employee engagement.

Another rule is to allow employees to display their leadership: either through managing specific projects, or through things like mentoring less experienced workers.

“The statement, ‘I get the chance to take a lead in my job’, is a powerful way to predict someone’s engagement,” Wagner says.

Traditionally, employee engagement surveys have focused on the concept of ‘employee voice’, that is, the ability of employees to feel ownership of their environment.

That’s important, but it’s far more effective to instead focus on giving employees a chance to show off their leadership abilities, the research found.

Employees are keen to accomplish incredible things, Wagner says. “Employees are asking for more than competence in their job. They want the opportunity to do something they can brag about.”

When workers do accomplish incredible things, it’s important for the company to shine a spotlight on that success, which is another one of the rules. What a company doesn’t recognise, it won’t see repeated.

These rules mark an amplification of many current employee engagement techniques. Workers are expecting more, especially as millennials (the next generation after Gen Y) enter the workforce.

Millennials are likely to be the people agitating the most for this change, Wagner says. There’s nothing unique about this. They’re of the age when every generation has agitated for change. But that doesn’t mean changes wouldn’t be welcomed by the entire workforce.

“Millennials, because they’re not quite so established – they don’t have a mortgage or as many bills to pay – are in a position to exert leverage over their companies. They can go elsewhere if they want.

“It’s often younger generations who exert the pressure, but that doesn’t mean the change isn’t appreciated by everyone. Boomers and Gen Xs have iPhones, too. They appreciate a cool place to work just as much, but may not be as vocal about it.

“I don’t think these changes should be seen as being about millennials. Because all the research points to the fact that everyone reciprocates how they’re treated.”