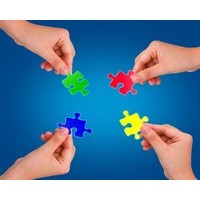 When we think about designing workspaces and where we sit in relation to our colleagues, increasing innovation output is often not the first thing on our minds.

However, where we sit in relation to others has a huge impact on who we choose to collaborate with. Yes, this makes intuitive sense – but some researchers at the University of Michigan were recently able to quantify the size of this impact.

Associate Professor Jason Owen-Smith observed a number of other researchers from the same university who were spread across three different buildings. A total of 172 researchers were tracked over a two-year period to investigate who they collaborated with on different projects.

It was found that researchers who worked in the same building were 33% more likely to form new collaborations compared to those who worked in different buildings.

When it comes to adopting this strategy in your organisation, spend some time thinking about where the most fortuitous and surprising collaborations might spring from. And then consider how you can bring these people or teams together on the same floor to give their potential collaborations the absolute best chance of happening.