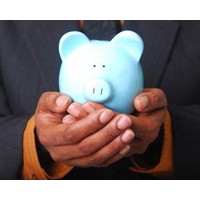 Accounting specialists became embroiled in discussing it with the publication of Double Entry, a popular history of double-entry bookkeeping by Australian author Jane Gleeson-White, a postdoctoral student at the University of New South Wales. The book was aimed at a non-specialist audience, yet Gleeson-White optimistically laid out her case for an accounting revolution. Perhaps, she mused hopefully in a public forum held at the UNSW in April, this was a subject whose time had come.

Still a standard accounting technique, double-entry bookkeeping records each transaction twice, once as a credit and once as a debit. The name of the column under which these amounts are entered depends on the nature of the transaction. Typically, columns have names such as cash, accounts receivable, interest expenses and costs. The method allows the record keeper to efficiently keep track of the overall balance, or capital.

Double entry has been at the heart of business transactions for at least 500 years and economists have taken an interest in the relationship between double-entry bookkeeping and modern capitalism for at least a century.

German economist Werner Sombart, writing at the start of the 20th century, theorised that each depended on the other for its existence; he stopped just short of saying the technique created capitalism. A little later, Austrian-American Joseph Schumpeter was less inhibited. He wrote: “[Capitalism] generates a formal spirit of critique where the good, the true and the beautiful no longer are honoured; only the useful remains – and that is determined solely by the critical spirit of the accountant’s cost-benefit calculation.”

The subject is not new, but Double Entry has given a dry old debate a green shake. Since double-entry bookkeeping has done so much to advance the wealth of developed nations, Gleeson-White argues it’s time to utilise it to advance the health of the planet.

She notes that while double-entry bookkeeping has long been a recorder of business growth, it has been oblivious to many of the intangibles people value most, such as good human relationships and a clean environment. She suggests it should now be turned to measuring the ecological impact of our business culture in the hope that those neglected essentials can be better managed. However, her book does not deal with recent moves towards corporate integrated reporting, which is designed to factor in sustainability.

Gleeson-White sympathises with those wishing to join the dots and show that double-entry bookkeeping built a royal road from the merchant-dominated society of Renaissance Venice through the age of industrialisation up to today’s market-driven mass consumption. But how meaningful is Gleeson-White’s call to reconfigure the global economy via a reworked approach to double entry?

From about the 13th century, the merchants of north-east Italy began recording transactions in a way that provided a check against errors. This reflected their function as agents and financiers of the trade in goods between Asia and northern Europe. But their invention went further than bookkeeping. Their giant leap was to keep the focus on changes to a merchant’s overall wealth, also called equity or capital: assets minus liabilities. The technique described the flow of transactions; its value lay in the dynamism of the picture it drew, not just in the knowledge of who to chase for monies owed.

Gleeson-White begins her book by tracing the life of quintessential Renaissance man Luca Pacioli – a monk, scholar and mercantilist, who in 1494 published a concise guide to double-entry bookkeeping. It synthesised what had become known as Venetian practices into one identifiable system.