Seven West Media: Should businesses ever give away their product? 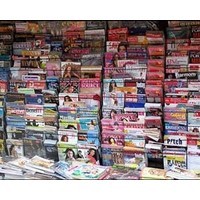 It’s a hallmark of professionalism to not give away your product for free. But at Seven West Media’s Pacific Magazines, which publishes popular titles such as New Idea, Marie Claire and Who, a bold experiment is under way.

In two weeks’ time, Pacific Magazines will offer selected retailers and brands free editorial and advertising across its titles, which according to the company reach 51% of all Australian women, as well as on television and online channels owned by Seven West Media.

Retailers such as Myer, David Jones and Priceline, as well as brands such as Chanel, Ralph Lauren and Dior, will receive free advertising in what Pacific Magazines hopes will renew interest in brick-and-mortar retailing.

“We saw this whole trend to online shopping, which is affecting store traffic, having an effect on us.”

It’s clear from Zavecz’s comments that Pacific Magazines benefits from a strong retail sector. It’s one of Pacific Magazine’s biggest sources of revenue, and by giving it free promotion, the group hopes to help the sector rebound from years of decline.The media company has not provided an estimate of the cost of its promotion, but it is likely to be at least several hundreds of thousands of dollars foregone.

Many businesses supply other businesses that, from time to time, face difficult economic conditions. The decision by Pacific Magazines begs the question: when, if ever, should leading companies share the burden by offering for free products and services that are usually sold?

The key to doing these sorts of things successfully is to set strict conditions and limits on the offer, according to the experts LeadingCompany contacted this morning.

“The concept of free is the most powerful to change behaviour, and that’s why it’s so popular for businesses to use. It works because it reduces the risks for the buyer.”

Giveaways are most often used by businesses targeting consumers directly, but Williams says the principles are the same regardless of whether a business sells to other businesses, or directly to consumers. “Those buying advertising are just as subject to behavioural influences as those buying consumer products,” she says. This means Pacific Magazines, by offering free advertising, faces the same challenges all businesses offering free products do: getting customers to pay up in the future.

“The issue for them is once you’ve given something away for free, it is really, really hard to charge for it,” Williams says. ‘Freemium’ models and free trials, where only usage up to a certain point is free, are ways to encourage users to become paying customers.

Sue Barrett, the founder and managing director of Barrett Consulting, says short of re-envisioning an entire business model, if businesses are going to offer something they don’t normally offer, they have to be clear that it is exceptional.

“That’s where salespeople get in trouble,” she says. “They give things away, or they give discounts, without making clear it’s exceptional.”

In Pacific Magazine’s case, the rules of engagement are that it is only offering free advertising to selected companies for a limited period of time, during a specific and announced campaign. This works better than merely giving some companies free advertising on an ad hoc, unclear basis, as it allows the magazine publisher to more easily control expectations.

However, Barrett expresses scepticism about the arrangement. The relationship Pacific Magazines has with its advertisers is not an unconditional one, Barrett says, but a conditional business relationship. That means Pacific Magazines has to get something out of the arrangement, as it can’t start doing things for its clients for free. For example, an advertiser committing to a future campaign or increasing their monthly spend. If it doesn’t do this, it could jeopardise its relationships with other clients who haven’t recieved free advertising.

Ironically, undermining their own pricing is, at least in part, the reason why brick-and-mortar retailing is in such a mess as it struggles to compete with the lower overheads of online rivals. “Through perpetual [discount] sales, we’ve programmed ourselves not to buy products until a sale is on,” Barrett says. “That’s why it’s stupid to give away things unnecessarily.”