Sex sells – but not how you think 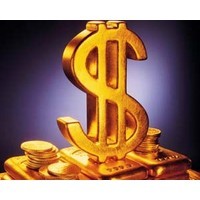 Is the cliched pairing of a flashy sports car with an attractive woman in a bikini more than just an obvious attempt by advertisers to catch the eye of (usually male) car shoppers?

New research suggests it may be a way to tap into the brain’s perception centres and urge a consumer that buying this car right now is the best way to go, even if waiting a year would be a better financial move.

At least that’s the theory behind a new working paper written by Wharton marketing professor Gal Zauberman and B. Kyu Kim, a 2010 Wharton PhD who is now a marketing professor at the University of Southern California’s Marshall School of Business. The paper – Can Victoria’s Secret Change the Future? A Subjective Time Perception Account of Sexual-cue Effects on Impatience – explores the question of how sexual arousal can actually change the brain’s perception of time to nudge someone toward more immediate action, even if it’s objectively the less desirable choice.

“This falls under the general rubric of intertemporal choice, or why and when people choose smaller, sooner outcomes,” such as opting to receive $100 today versus double that amount if they agree to wait a year, Zauberman says. “Previous research has emphasised the power of sexual cues to induce a strong general psychological desire to obtain all available rewards,” the authors note in their paper. “In the case of money, that motivated appetite would enhance the perceived value of immediate monetary rewards.”

But what Zauberman and Kim’s research suggests is that the interaction between arousal and impulse control may be much more complicated. “Part of the reason why people discount future events, more or less, is their perception of duration [of time],” Zauberman notes. Sexual cues, the authors argue, have “the ability to lengthen the perceived temporal distance to delayed rewards. That is, sexual cues make the wait seem subjectively longer, resulting in greater impatience” for a reward.

In a series of experiments, the researchers tested the effect of sexual cues on future time perception by showing sexually suggestive and non-suggestive photographs to self-identified heterosexual male students. Some were images of female models in lingerie, selected from the Victoria’s Secret online catalogue; others were “neutral” control shots of nature. Then, the participants were asked to make judgments regarding their perception of time, and also the value of a given reward – such as a $65 gift card from Amazon.com – when they received it immediately versus three months or 12 months later. Specifically, they were asked what dollar amount they would require if they had to wait for those durations.

Previous research on the topic had suggested that, in general terms, an aroused person sees an immediate option as a generally better reward. What Zauberman and Kim found is that not only did the immediate option seem more attractive in an aroused state, but also the delayed option seemed significantly smaller from the individual’s point of view due to the altered sense of time. “Although the waiting time is fixed – say, one year – in a subjective sense, it’s fluctuating,” Kim says. “You may feel one year is nothing, but an impatient person may feel one year is really ridiculously long.”