Should we follow Britain’s lead and boycott tax avoiders? 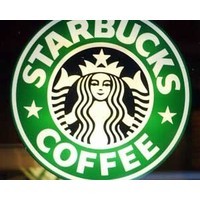 In the UK the recent boycott of Starbucks by consumers has helped elicit a pledge from the coffee giant to pay £20 million in taxes over the next two years. In Australia, consumers would be appalled to realise how little tax is paid by some of the transnational corporations operating here. Australian consumers have the financial clout to moderate corporate behaviour and they should use it.

If Australian consumers were made aware of which corporations were paying little or no tax here, they could choose which firms’ goods and services they should buy. The Australian Tax Office could publish a list of corporations and the tax they pay. The consumers could then make an informed choice about which companies to support. The Australian Tax Office has high standards of privacy and publishing information such as I suggest is not a thing they have done before.

However, if the list were confined to publicly listed companies, I see no problem with privacy. These companies must submit their financial statements to audits and must release them to the public. All the Tax Office would be doing is to take a couple of lines from the financial accounts – that is, the turnover, the profit and the tax paid – and publish.

Transnational corporations have the ability to move profits around the globe at will, and so, make managerial decisions as to where profits will be declared and how much tax will be paid.

I am not suggesting that transnational corporations are engaging in tax evasion. Tax evasion is illegal and involves cheating tax by not declaring income or overstating deductions. Tax avoidance on the other hand is the legal exploitation of tax loopholes in order to minimise tax.

Unsurprisingly, the corporations aim to minimise their taxes. They have a duty to shareholders, after all, to maximise profits. The way companies move profits is by using “transfer pricing”.

Transfer pricing is a way of moving costs and income between companies in a group of companies to ensure that profits get declared in low taxing jurisdictions and little or no profits are declared in high taxing jurisdictions. The transfer pricing industry has been so successful that now, arguably, they are threatening the viability of nations to operate.

The global financial crisis and the problems in Greece are, at least partially arguably, due to corporate tax minimisation. (This is not to ignore the high rates of Greek public spending.) In 2000 the former International Monetary Fund tax policy chief, Vito Tanzi, warned that “the fiscal house of nation states was being undermined by ‘fiscal termites’ busily gnawing at the foundations of the tax systems”.

In the UK, anti-poverty campaigner Richard Murphy who writes the Tax Research UK blog estimates the government is owed £120 billion more than was actually paid. According to the Guardian, this represents the entire UK health budget. The situation in Australia would not be very much different than in the UK. What this means is our governments – under pressure to deliver their promised budget surplus – don’t have the funds they need to provide the services that we expect.

Starbucks agreed to pay more taxes in the UK as a direct response to the bad publicity the consumer boycott was generating. But the fact that Starbucks volunteered to pay more tax is also compelling evidence that taxes are considered merely another expense to manage.

Taxes are not an expense, they are an obligation to the nation that provides the taxpayer with a healthy, educated workforce, roads, ports, power, broadband and all the other infrastructure necessary to support a healthy economy.

The Australian Tax Office is proposing to rewrite the rules which govern transfer pricing. The ATO had lost a couple of high profile court cases in trying to apply the current transfer pricing rules. In response they are trying to strengthen those rules dealing with related parties and find appropriate “arm’s length prices” for dealings between those related parties.

However, the corporations pay enormous fees to the best tax advisers money can buy in order to legally avoid the rules and I don’t see that any tinkering with the rules will change this.

When Australian mining companies recently lobbied against the imposition of a mining tax, they garnered widespread popular support for their cause. If the general public believed that those same mining companies were not paying their fair share of company tax, would they have been able to garner the same level of support against another type of tax?

The most important impact of consumer boycotts will be to put corporate Australia on notice that tax minimisation is not acceptable, economically or by society.

Elfriede Sangkuhl is a lecturer, School of Law, at University of Western Sydney.