Should your company accept interns? 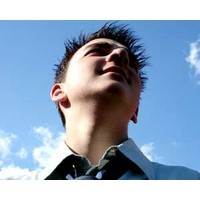 A student has anonymously written a no-holds-barred account of her recent internship at Melbourne tabloid The Herald Sun, sparking a flurry of debate.

The intern described a work environment that made her feel insulted and patronised.

It’s a difficult situation for The Herald Sun, and one that could take place at the thousands of other organisations that use interns across Australia. Interns are offered an honest, warts-and-all experience of a company’s culture and work environment, and if they don’t like what they see, they’ll probably tell others about it (though usually in less viral circumstances than the above example).

Nonetheless, internships in practice aren’t usually so controversial. The businesses LeadingCompany spoke to today said they gained a lot out of their internship programs. And internships are increasingly becoming a standard part of university education.

Their value to students is partly because they offer an unvarnished view into a workplace, says Judie Kay, the national director of the workplace learning governance organisation, the Australian Collaborative Education Network.

“Lots of students have gone into their workplaces and either thought ‘yes, this is for me’, or ‘no, this is not for me’,” she says. “That’s part of learning – of finding out what, for example, a nurse really does.”

University students undertake internships in order to confirm their career choice, to put their theoretical education into practice, and to gain experience that will help them make the transition to the workforce.

And companies, Kay explains, use internships to access top talent, for recruitment, and to “give back to their own profession”.

Overseas, internships have been criticised for being little more than unpaid labour. There is a national campaign under way in the UK to end the perceived student exploitation. But Kay says the laws around internships in Australia make that far less of an issue here. “Under the Fair Work Act… if you’re doing unpaid work, you can only do that in a charity or non-for-profit… or for credit if it’s part of your course,” she says.

The Fair Work Ombudsman is keeping an eye on unpaid internships. Earlier this year, it commissioned a study into the extent and nature of unpaid work experience in Australia. It’s timely, as the prevalence of such work is likely to spread.

“Across Australia, there are a number of universities where it’s embedded into every discipline,” Kay says. “Traditionally it’s been prevalent in things like engineering, education and nursing, but in many universities across Australia it’s now much broader.”

Not all work experience undertaken by students in Australia is unpaid.