Sin City and its sleazy trades 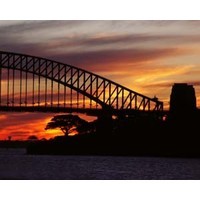 The redevelopment of Sydney’s Barangaroo into a $6 billion waterfront precinct has involved some of Australia’s most influential people – including former prime minister Paul Keating and businessman James Packer.

But just how is this circle of political and business influence figuring in decisions around some of our most treasured public land?

Lecturer Mark Rolfe from the University of New South Wales writes of the connections between our politicians, players and our favourite pastime, property.

No doubt there is now around Australia a certain smugness about yet another tale of “Sin City” Sydney and its sleazy trades. After all, the counsel assisting the Independent Commission Against Corruption (ICAC) has compared the infamous Rum Corps to the deals in coal exploration licences by Eddie Obeid, a dominant factional leader of the NSW ALP.

This comes on top of allegations about the acquisition through his front companies of three leases of government property in Circular Quay from a Labor Party donor.

Yet such excitement obscures a more routine, legal but no less important point about the networks connecting business and political parties that have often pushed the public aside, even when public land has been involved. We are often treated as irritants and voyeurs to political processes, watching from the bleachers, as Americans would say.

I give you three words that say it all but which typify much Australian history – Packer, gambling and Barangaroo. And I give you one more word – “pissants” – which is Packer’s view of the journalists at the Sydney Morning Herald for calling him to account. But it also typifies more generally the disdain which some elites hold for the public, even when they are pursuing public land.

The biggest laugh I got out of the Barangaroo deal was after Packer claimed that lobbying played no part in the approval of a second casino licence for Sydney, to be housed in a $1 billion hotel complex at Barangaroo; it was due purely to being a good idea.

I admire his capacity to keep a straight face since he discussed his plans with Premier Barry O’Farrell in August and one week later the government changed the guidelines for unsolicited proposals for projects by the private sector. The rules had only arrived in July.

Packer also employed Mark Arbib and Karl Bitar, both of them former secretaries of the NSW branch of the ALP, who lobbied the leader of the tragic rump of that party in the state parliament, John Robertson.

As a sociable sort of fellow, Arbib also took the secretary of the hospitality workers union to a match between the Sydney Swans and Hawthorn after a memorandum of understanding was signed between the union and the Packer company Crown Ltd. This was a stunning reversal of union opposition in June.

I was still laughing heartily when I remembered an article by Stephen Loosley. Arbib had followed this man, who had himself followed the career path blazed by Graham Richardson with ascension from secretary of the branch to senator and then resignation to become a lobbyist. Richardson was a senior minister and factional operator in the Hawke government. Loosley is now with Minter Ellison as a strategic counsel with “specialist experience in international affairs, public policy, legislative process and major infrastructure projects”.

Loosley wrote of a private dinner in 2006 between James Packer and Morris Iemma, Labor premier of the time, which led the government to grant a gambling licence to Betfair in NSW. Iemma’s mentor was Richardson who, along with another Labor stalwart Peter Barron, had associations with Packer’s company PBL which had an interest in Betfair.