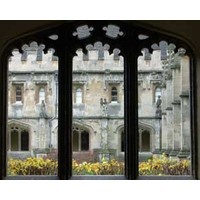 University groups have risen in opposition to a proposal to change graduate qualifications. A variety of groups have argued that employers and employees will be disadvantaged by the proposed changes and that the changes will exacerbate skills shortages.

But registered training organisations, the private organisations that deliver skills training across a wide range of industries, say the issue is a furphy, and an effort by universities to protect their turf at the expense of more effective, competency-based training.

The proposal that has raised the universities’ ire is to axe the one-year (full-time) graduate certificate and replace it with a longer qualifications: a two-year (full-time) graduate diploma or advanced graduate diploma. The Australian Qualifications Framework Council, which is charged with strengthening all qualifications from year 12 on, made the proposal as a means of improving standards in a consultation paper released last week. The AQF council proposes some flexiblity in the length of the graduate diploma — from one to two years. The executive director of the AQF, Ann Doolette, says: “The AQF council will take into account the views of stakeholders before it finalizes its review.”

But the council argues that certificate courses are “not sufficiently robust as a stand-alone qualification”.

This issue is irrelevant to employers, says Dale Gillham, the CEO of registered training organisation (RTO) Wealth Within, which provides training for stockbrokers, financial analysts and financial planners.

“Universities and even more recently, TAFE colleges, have been losing a lot of funding,” Gillham says. “So they are putting out a lot of stuff to protect their position. Leaders would rather have people who can do the job. University qualifications are more about theory.”

RTOs develop courses against a set of competencies governed by the government’s Australian Skills Quality Authority, whereas universities can submit graduate certificates with any content – regardless of its relevance to the skills needed by industry – to get accreditation.

Gillham argues that career changers will get more benefit from a skills-based course than completing theoretical studies at universities. “There is always a benefit of employing someone with 20 years’ experience in the workforce even if it is in another industry, provided they have skills needed for their new career.”

Australia Wide Business Training is an RTO that trains leaders and managers. “We are developing managers so they then have the skills to develop their own people,” says chief executive Larry Gould. “What industry wants right now are people with practical skills.”

LeadingCompany tried repeatedly to contact spokespeople campaigning to retain the graduate certificate, including the Australian Technology Network, Universities Australia, and Innovative Research Universities, but was unable to reach them in time for publication. Their reported viewpoints are summarised below:

The case for graduate certificates