Slippery negotiations: The give and take of oil contracts in foreign countries 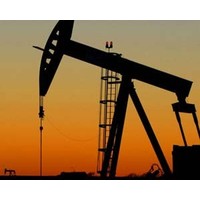 When oil prices spiralled much higher in global markets between 2003 and 2008, the governments of several oil-producing nations – including Algeria, Bolivia, China, Ecuador, Russia and Venezuela – responded by expropriating local assets of independent oil companies that had contracted to operate in their territories, or by imposing large windfall taxes on their oil output. Struck by this complex, little-understood pattern of events, Arthur van Benthem, Wharton professor of business economics and public policy, and Johannes Stroebel, professor of economics at the University of Chicago Booth School of Business, analysed the fiscal data on 2,468 oil extraction agreements in 38 countries during that time period, in search of answers to key questions of interest to public policy makers and foreign investors alike.

What kinds of contracts between the governments of oil-rich nations and international oil companies have been the most effective in minimising the risk that local governments would expropriate those assets? What kinds of contracts have proven to be ideal for both the local governments – who might otherwise be tempted to expropriate – and for foreign investors? What are the broader implications of these findings for public policy makers and foreign investors, not only in the oil sector but in other sectors where local governments may also be seriously tempted to expropriate foreign assets? The two researchers provide some answers to those questions in a paper titled, Resource Extraction Contracts Under Threat of Expropriation: Theory and Evidence, which will be published in The Review of Economics and Statistics.

The issue remains relevant in light of the recent headlines from Argentina, where Repsol, the Spanish oil giant, has filed a claim for breach of contract against the Argentine government, which last spring seized control of Repsol’s operations in that country without offering compensation to the company’s shareholders. And in Central Asia, the government of Azerbaijan threatened in mid-October to take “severe measures” against BP and its partners ExxonMobil, Statoil and Chevron for failing to meet their oil production targets from the Azeri-Chirag-Guneshli (ACG) project. Like Azerbaijan, Argentina’s government accused YPF, the Repsol subsidiary in that country, of failing to fully exploit its assets.

According to Van Benthem, these kinds of oil extraction contracts are “an extensive set of complex tax rules that specify how much the oil company will pay to the government in fees, royalties and other payments at each oil-price level.” In their research, Van Benthem and Stroebel confirmed the hypothesis that contracts that provide a “smooth” and stable stream of revenues to host governments are more likely to satisfy those governments, but are also more likely to lead to expropriations. For host governments, the ideal contract, notes Van Benthem, “is a tax contract that pays [the government] about the same amount of money at any oil price.” Under such an ideal contract, whether the price of oil jumps to $140 or plummets to $30, the local government will get the same “smooth” flow of revenues.