Small but mighty: Why Taiwan matters to Australia 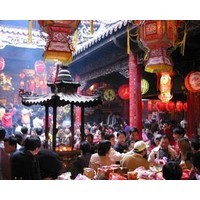 It is clear that Taiwan shares much in common with Australia. It is an island in the Pacific with a population of 23 million people, a population of indigenous people with a long history, and is a country with a complex relationship with China and the United States.

However, little is known about Taiwan for many Australians. Taiwan is most often referred to as a security risk or “flashpoint” in world affairs. This is especially so in Australia, where Taiwan is seen through the prism of our relationship with China and what relations between these two countries means for regional stability.

However, continued references to Taiwan in this way only serves to diminish and obfuscate the important relationship Australia actually has with Taiwan.

A cultural and business partner

From an economic point of view, Taiwan and Australia are much closer than many would expect. According to DFAT, Taiwan was Australia’s sixth largest merchandise export market in 2011, increasing by 9% on the previous year – with coal, iron ore and aluminium being the main products being imported.

Taiwan is also a global economic player. It has 42 companies in the Forbes Global 2000 Leading Companies, compared to Australia’s 44. Moreover, Taipei, the capital of Taiwan, is ranked in the top 25 metropolitan areas with the most Global 500 companies. No Australian city is included in the top 25.

One of the original four “Asian Tigers”, Taiwan is often overlooked, dwarfed by the economic success stories of China and India. Yet, Taiwan is a relatively free place to do business and has a strong history and tradition of welcoming foreign direct investment (FDI).

Due to its increasingly close economic ties with China, Taiwan can serve as a launch pad for businesses to gain a foothold in the Chinese market.

Taiwan has also been able to preserve much of its history and is now a bastion of Chinese culture and history.

As Asia becomes more and more important — and China in particular — it will be increasingly important to understand the cultural and historical paradigms shaping these societies.

While Australia is already a large destination for Taiwanese students, Taiwan is still much overlooked by Australian students. Yet the Taiwanese government offers generous scholarships to Australians via its Huayu Scholarship program to learn Chinese and get to know Taiwan.

The Chinese elephant in the room

If Taiwan is overlooked economically, then perhaps it is best known for its fragile political relationship with China.

In 1949, following the Chinese civil war, the Communist forces took full control of mainland China and founded the People’s Republic of China (PRC). As a consequence, the Republic of China (ROC) resettled its government to Taiwan.

Following the lifting of martial law in 1987, Taiwan made a transition from authoritarian rule to democratic rule, with direct Presidential elections held for the first time in 1996.

Taiwan’s current president Ma Ying-jeou has improved the relationship with China since he took office, mainly marked by a trade agreement known as the Economic Cooperation Framework Agreement (ECFA). Relations across the strait have never been better since Taiwan and China split in 1949.

A potential partner in the Asia-Pacific region

Taiwan’s successful political model, functioning inside a culturally Chinese society, is proof that Chinese culture and democracy are compatible, according to Dr. Yun-han Chu.

However, according to DFAT’s brief on Taiwan, Australia does support the development of economic and cultural contacts – on an unofficial basis – between Australia and Taiwan.

Australia is often told it punches above its weight in world affairs. Taiwan, as the world’s 19th largest economy, could equally be told the same. However, it is internationally recognised only for its fragile political status.

The renewed debate about Australia’s balancing act between China and the United States runs the risk of clouding our relationship with Taiwan.

As Australia starts to enter the Asian Century, Australia’s future will be increasingly centred in Asia, and forming enduring social and cultural ties is essential to ensure Australia maintains good relations with its neighbours in the future.