Staff at ANZ are now in ‘tribes’ and attend ‘ceremonies’: Is it too much? 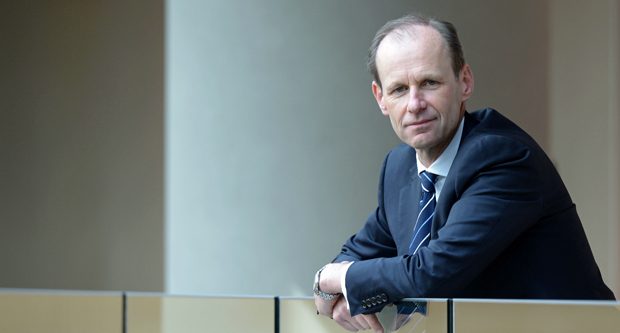 At ANZ’s Melbourne headquarters, meetings are being replaced with “ceremonies”, which can include daily stand-ups and the opportunity to showcase products and work.

Staff have also been separated into “tribes” covering five core areas of the business, and staff within these tribes have been asked to then choose their “squads”, as well as a “squad leader”. Executive offices have been restyled as “squad living rooms”.

It’s all part of the bank’s roll-out of agile management, being done in an effort to become a leaner company, with less bureaucracy and more efficiency, that can respond to changing customer needs fast.

And as I type these words from a café under my own, agile co-working space (where I can happily call meetings whatever I want, and even avoid them) two people at the table next to me are poring over the details of ANZ’s ‘new ways of working’, published in the Australian Financial Review.

They’re finding the new management speak involving words like “ceremonies” and “squads” highly entertaining. “It’s like a Monty Python episode,” says one. An American idea, says another. They probably paid a fortune to some management consultant for it, they agree.

What better way to have morning tea with the new crew – buy it from one of our small biz customers✌????#ProudlySupportingOurANZCustomers pic.twitter.com/GQssyVxMz6

It actually looks like much of the design of the project has emerged out of the office of Katherine Bray, ANZ’s managing director of products. Agile working is also not an ANZ invention — it’s an approach to working that is fast being considered a must-have for organisations wanting to thrive in a world of changing customer demands and disruptive technologies.

Bray has proven experience with this form of working, having successfully used agile tools like ‘sprints” to deliver Apple Pay functionality to ANZ customers in just 10 weeks back in 2016.

A “sprinting” and agile approach was also used by the Australian Bureau of Statistics to deliver the Australian Marriage Law Postal Survey, which is discussed on ANZ’s podcast. ABS Taskforce lead Jonathan Palmer described how they had 99 days to deliver the project, and pursued twice-daily stand-up meetings. He was personally at every stand-up meeting, and said key executives would also attend to be available and immediately able to help with the decision-making process. Although ultimately, it was a flat management structure.

Meanwhile, on announcing ANZ would be making the shift to the agile approach in May last year, chief executive Shayne Elliott told Bluenotes that the move would be a long-term process that will see work go from being a “very hierarchical structure” to a “very team-based approach to getting things done.”

Next step for @ANZ_AU in New Ways of Working. People decide which squads to join based on tasks at hand. No need to be told by “management”. Our people know best what value they add solving real customer problems. A liberating, exciting, respectful way 2 work. Plus efficient. pic.twitter.com/Lr5euIsRR2

Words like “squad” might put some people off, and can certainly be cause for a little laughter at the expense of the corporate speak. The pics being shared across social media also look a little awkward: t-shirts, bright coloured branding, cupcakes.

But leaving the words and branding aside, a move to cutting the bureaucracy and shifting away from the, “but that’s how it’s always been done!” mentality, makes sense.

It may not work for some employees, but for others it’ll be liberating.

And if it makes innovation and the roll-out of products more efficient at ANZ, then that’s great news for shareholders.

Employees should then also be able to take back hours for themselves, and achieve more with their work while actually spending less time working. Win, win.

All they have to do now is get an exemption from Fair Work for what could be perceived as bullying.
What about certain T shirts designating where the buck possibly stops.

Even bigger one than that. What about demarcation? Guaranteed the union wont be happy with that.

Just think of the new titles they’ll all be able to put on their cv’s! Squaddie, Master of Ceremonies…

What a load of bull**** , what will these imbeciles think of next??

Its given me a headache from laughing. Looks more like rearranging the deck chairs as the ship sinks. New names and new terminology doesn’t overcome ineptitude among senior managers and staff. When is the first Tribal scarifice going to be ade to appease the Gods of commerce.