I saw something that saddened me this week.

On the way to my favourite cafe, I get to walk past an exotic car dealership. It’s always interesting to wander through, particularly if you’re an analog design nerd. My favourite thing there is the badge design on 70s Ferraris and Lamborghinis, each a glorious masterpiece of hand-designed wonkiness that reminds you how sterile and samey design can get when everyone uses the same digital tools.

I’d like to think some Italian font maestro spent a year carving each badge out of clay, taking two hours each day for lunch, and ignoring any requests to bring the deadline forward.

On the dealership floor is one of the finest items that car-making humans have come up with: a Porsche 918 Spyder.

It’s a hypercar using hybrid technology that can trounce pretty much any other road car on the planet around a racetrack, yet, still be comfortable when you take it around the corner to get a carton of milk. And the electric motors give it responsible fuel consumption to make you feel better about driving a mad racing car in 2018. It’s still there if you want it and have a spare $2.8 million.

There are desert dunes that have moved further in that time.

A slap in the face for a team of geniuses

An army of German geniuses — designers and engineers bred from generations of perfectionists — has redefined what is physically possible with this car.

Their prototype has been ferociously punished around the scary Nürburgring by Walter Röhrl,* the best and most demanding test driver in the world, who brings it back saying: this thing is 99% great but it must be 99.9999%, here is a list of a hundred things that need fixing if we are to honour the Porsche heritage.

And so it goes, back and forth, until it’s something they can all be proud of when it finally rolls off the production line.

Then it’s sold for several million to some soulless rich swine who dry-stores it in an air-conditioned warehouse and drives it nowhere.

That is an absolute insult to the people who worked on this masterpiece.

If I were running Porsche (and I’m sure one of the greatest car brands on earth is super-keen for unsolicited advice from some Australian business random with no car management experience), I’d set a minimum annual mileage for models like the 918. It would be pretty simple for the car to transmit the data back to the head office, like aircraft engines do.

If you do less than 2000km per year, a squad of Porsche repo commandos will turn up at your house, politely but firmly take the car back, and sell it to someone who appreciates their work. 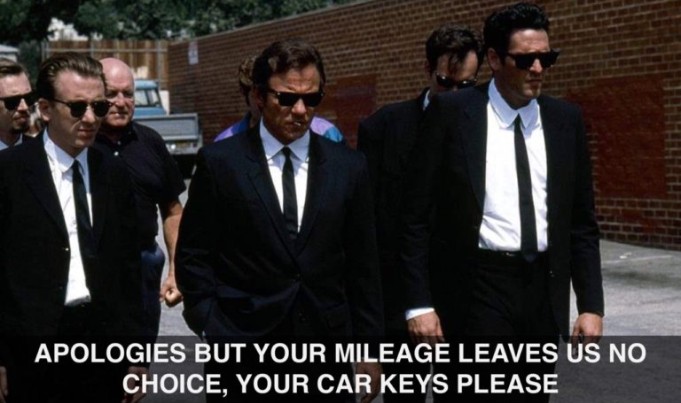 I think Porsche’s staff would be happier at this show of respect for their efforts.

Because otherwise, at some point, they’ll start thinking, why bother with maniacal quality control for something that’s just an investment asset and a success display prop? When it’s no more likely to perform its actual function than one of those plastic fake TVs in an IKEA showroom.

If you want your staff to actually deliver greatness — rather than just talk about it and project it on meeting room screens — you have to back them up. Company culture doesn’t come from some HR drone giving new hires a five-point list card. It comes from doing all you can to support them, by giving them the right tools and technology, and having managers who understand them as individuals, and not stifling their ideas with your bureaucracy.

But the most powerful thing you can do, above all those other things, is being willing to say no to the occasional customer.

In their urge to appease difficult clients, so many companies are willing to throw their staff under a bus. But the old cliché that ‘the customer is always right’ is wrong. 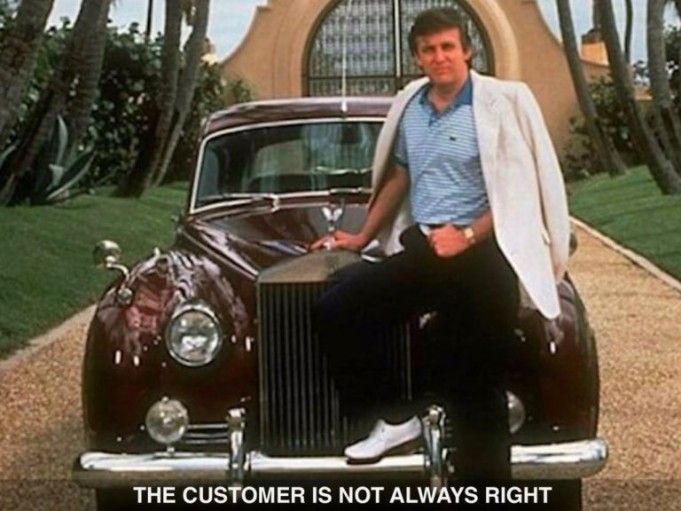 Most customers are wonderful, and I believe you get the customers you deserve.

But to believe they’re always right is ludicrous. We have had a few customers treat our valuable employees with breathtaking obnoxiousness, ordering them around and changing their mind with a Louis XIV level of entitlement. That’s not okay. Great staff are far harder to find than bad customers.

Step one is to see if it happens again. You have to give clients the benefit of the doubt. Maybe they had some horrifying thing happen in their personal or work life that very morning. But if it becomes a repeat behaviour, you have to ask yourself if it’s worth the money.

We have fired a few of these clients over the years. Not many, because honestly, they are a tiny minority. But if you’re prepared to punt a customer and their money to defend your staff it speaks volumes. It creates legends that inspire future generations of your people.

The 99% that are your nice clients get 100% better service from happy, motivated staff.

A friend in the finance sector has a motto that sums it up so well it should be carved out of granite and placed in the lobby of all businesses. ‘We deliver service, not servants.’

Five words that can turn your staff into devoted missionaries for your company. Are you brave enough to support them when it might cost you some short-term cash? The long-term rewards for everyone — including your customers — are so much greater.

*Watch Walter rally driving in the 80s and be amazed that hundreds of spectators weren’t killed each weekend.

NOW READ: Stop telling us how busy you are, it’s boring and charmless