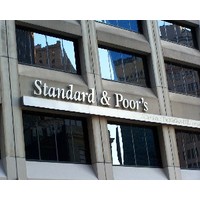 Let’s say you take the income stream from an asset and slice it into three. You fill the bottom slice first, the second after, and so on.

The bottom slice is safer. It gets filled first.

But say I take the second slice and slice that again. The bottom slice of the second slice isn’t safer than the slice it came from (forgive me for the complexity – I’m not making this up). But in the lead-up to the financial crisis, credit rating agencies said it was. And that’s at least part of why we got into the global financial crisis in the first place.

You have only to listen to a government minister crow about how he’s retained the government’s AAA credit rating to realise that the three global ratings agencies – Moody’s, Standard & Poor’s (S&P) and Fitch – wield enormous power.

But since the global financial crisis, all three have been battling a string of lawsuits, including in Australia.

Only in May, S&P and Moody’s settled with 14 plaintiffs over ratings given in the lead-up to the financial crisis.

And early this week, S&P faced a US court over allegations it knowingly understated the risks on mortgage-backed securities. The allegation, put by the US government, is that S&P let the issuers of the securities influence its risk models.

S&P has queried why the government went after it and not its rival, Moody’s, who is similar in most ways but hasn’t downgraded US government debt. It’s a fair question. But not the one I want to focus on.

S&P’s lawyers wanted the case dismissed, arguing that previous US courts have found claims to its ratings being “independent”, “objective” and “free of conflicts of interests” are just marketing “puffery” anyway that “reasonable investors” shouldn’t rely on. So S&P couldn’t by definition have misled investors, because no reasonable investor would take its ratings seriously anyway.

The judge in the case, David Carter, wasn’t impressed.

“S&P stands accused of fashioning a unified public image of trustworthiness backed by specific statements designed to induce consumers to rely on the objectivity of its ratings,” Carter wrote.

“S&P’s statements were not a ‘general, subjective claim’ about the avoidance of conflicts of interest, but rather a promise that it had ‘established policies and procedures to address the conflicts of interest through a combination of internal controls and disclosure’.”

Rejecting the application to dismiss, Carter determined that the trial will go ahead. There’s a hearing scheduled for July 29.

So the next time you hear of a ratings agency issuing a controversial or hyped rating, just remember, even S&P says you shouldn’t be taking its ratings seriously.