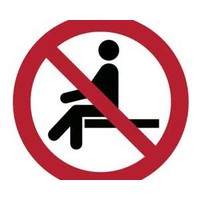 In a memo entitled ‘Efficient production of work crews’, sent on Sunday, the company issues precise instructions to staff. They aren’t allowed to sit down during work hours, apart from in a specially designated area that should seat no more than one person from a team at any time (so the work doesn’t slow down). Walking from the acid gas removal unit on site to the smoking area should take 10 minutes. Staff should be able to hear instructions from speakers at a 6.30am ‘prestart’ before their shift begins.

Any deviations from this will lead to ominously described “discipline”, which “will be implemented to wages and staff”. That is: sit down and your sitting time could be docked from your pay.

The Gorgon project is running behind schedule and far over budget. Wage costs are partly to blame for this, and it’s easy to see why contractors working at the site are keen to squeeze every drop of productivity from their workers to get the project done as quickly and cheaply as possible.

Managing director of Our HR Company, Margaret Harrison, says the focus on whether staff are standing up continuously or not is “quite wrong”.

“It doesn’t go anywhere to engaging the people, and you only get productivity if your workforce is engaged,” she says,

Martin Nally, CEO of hranywhere, says: “You need to tap into workers’ discretionary efforts to boost productivity in the long term,” he says. “The only way to do that is through engagement.

“Unless you put your needs into context, no one’s going to do anything for you.”

If workers don’t welcome and see the need for this – or any initiative – or have it imposed on them from on high, they are likely to ignore or actively fight against it in ways that could prove more damaging to productivity than the original situation, Nally says.

Staff who feel hard done by can always find ways to waste time.

Leighton Contractors isn’t the first company in the resource sector this year to impose such prescriptive productivity initiatives on its staff. In July, BHP issued new guidelines for its Perth offices that required staff to clean their desk at the end of every day, among other things.

Asked why companies keep issuing such policies if they don’t work, Harrison says she suspects it’s got something to with the engineering mindset common in the resource industry.

“[BHP CEO] Marius Kloppers had the worst sort of public relations he could have had with those rules. People just don’t stand for that anymore. Even blue-collar workers think it’s bullshit.”

Harrison also queries the cost to management of enforcing the policy, especially to the human resources department.

“The cost of these policies is horrendous,” she says. “Human resources, who are the people who end up enforcing these policies, won’t be able to cope.”

Nally says in very specific cases, where prescriptive rules are embraced by staff, they can be beneficial.

He gives an example of a company he consulted for some years ago who had a staff member with a drinking problem.

“It was an immediate issue. Management were up in arms. I told them to hang on, saying ‘if you impose a rule, it’ll become a huge issue, and you might have trouble with the union. Let us ask your employees what they want to do’.”

The management of the company told the workforce it was unacceptable, and asked them to come up with policies to make sure it didn’t happen again. The employees ended up coming up with a much stricter standard than the employers wanted, that made use of random breath tests and took a zero-tolerance approach.

“What I took from that is if you want an outcome, you should engage people, and they might surprise you,” Nally says.