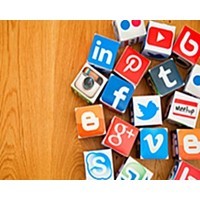 Social media has become a ubiquitous part of modern life, and in a trend dubbed ‘Enterprise 2.0’, the world of business has embraced it as well. But research into the ways in which business uses this form of communication and collaboration is still in its early days.

With this in mind, Daniel Schlagwein, a lecturer in information systems at the Australian School of Business (ASB), along with one of his students, Monica Hu, studied a sample of 20 Australian companies in an attempt to better understand how social media use can create business benefits and competitive advantage.

“Companies actually do get benefits from social media,” says Schlagwein. “While some companies have stopped using one social media channel and started using another, we hardly see companies moving back out of social media use.”

Schlagwein cites a company with about 50,000 employees worldwide as an example of successful social media use. The firm employs a dedicated social media team to check all pertinent external social media channels. When the company, or something applicable to the company, is mentioned, the team directs this information to the relevant department, such as legal, marketing or product development.

“The company has reported being able to make quicker decisions, identify trends earlier, and generally be ahead of the curve,” Schlagwein says.

Importantly, a number of organisations told the ASB researchers that their internal use of social media – such as in-house blogs, wikis and Yammer (enterprise social software dubbed “the Facebook of business”) – was more important to them than external social media. Of course, any organisation’s internal communications have long been a crucial factor in its success. So isn’t a firm using internal social media just doing what it’s always done, albeit in a slightly different form?

For Schlagwein, internal social media differs from traditional internal company communication in a number of ways, stemming from its ease of access and the element of social interaction. Notably, it allows people within a company to share knowledge that might be relevant to them.

“It’s informal, so the barrier to sharing information is lower,” he says. “It’s easier to respond, and easier to find out what other departments are doing.”

Schlagwein notes the growing popularity of executive blogs within companies: “These reduce the sense of a ‘management team up there’. Such use can increase a sense of identification within the company, of employees following posts of managers.”

And Schlagwein believes that social media improves the efficiency of internal processes within a company. “To give an example, [we found] the information available on many corporate intranets was notoriously out-dated. A wiki as an intranet, however, allows people to update things with minimal effort,” he says.

Selina Power is a social media specialist for web strategy consultancy Bluewire Media, whose clients range from medium to large firms such as financial institutions, independent schools and franchises. Among the advantages of social media use for businesses, she notes that it’s a cheaper marketing medium over which the business has full control, allowing them to talk directly to their community, and allowing them effective crisis management.