Strategy, context and the decline of Sony 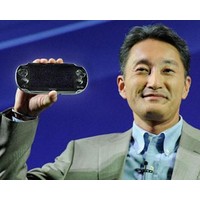 Sometimes it’s useful to be reminded that a great strategy is only great in context. From the early 1980s and into the ‘90s, Sony’s was great. The unrivalled master of the consumer electronics world, its name was synonymous with cutting-edge technology, sophistication and desirability.

People had a collective vision back then of a thrilling yet humane future, and Sony’s hyper-capable, slightly fussy gadgets were its clearest expression. But it was about much more than just the Walkman and the Trinitron – everything the company made was of impeccable quality, satisfying to hold and intricately detailed in its functionality.

That last statement is still true today, but everything else has changed. Sony still makes exquisite products, but fewer and fewer people get excited about them. The strategy address recently delivered by the corporation’s new CEO, Kazuo Hirai, earned press coverage that verged on mocking. The Wall Street Journal noted that the brand’s “once-sterling cachet has deteriorated,” while The New York Times went further, placing Sony in “a fight for its life,” and accusing it of “an astonishing lack of ideas”.

Both observations are correct, but they only hint at the underlying question: Why is the strategy that once served Sony so well now failing so badly? It’s not as if its new cameras take fuzzy pictures or its home stereos fall apart after three months. And the market for consumer electronics is larger than it’s ever been. The Times article rightly observes that Sony’s current product line is crowded and confusing, but offering customers a wide array of choices was fundamental to Sony’s success in the past. What changed?

Part of this shift is technological. Apple’s iPhone – the product often described as getting everything right that Sony got wrong – only comes in one current model and two colours, yet it’s tremendously customisable. Since the iPhone’s software, rather than its hardware, drives most of the user experience, consumers aren’t so much using a product designed for them as one designed by them. This strategy is especially powerful because it replaces a single moment of instant gratification – buying the perfect camera, TV or cellphone – with dozens of such moments. Every time users install an application or download a song, they experience an emotional impact on par with what they felt when they bought the product.

This suggests a more fundamental explanation for Sony’s troubles: Consumers today care more about experiences, while Sony is still focused on products. It’s been trapped by its past successes. In the early ‘80s, simply delivering technology in a usable form was still the biggest challenge, and Sony got it right before anyone else. The company had an astonishing ability to find the next technical hurdle – a brighter TV, a smaller tape player, an integrated camcorder – and leap over it with grace, before its competitors even thought to try. In an industrial, product-oriented economy, this was enough. Every year saw new products with unprecedented capabilities. And as long as each one could do something new, we didn’t seem to care what kind of experience we had using it. Plowing through 70-page manuals and fussing with Dolby II and metal/nonmetal switches was just part of the deal.

In the experience economy, these expectations are reversed. Technology is a given, and the question “What are the specs?” has been replaced by “What is it like to use?” Sony’s expertise at making the next great thing has been matched by companies like Samsung and LG, and soon enough they’ll all be caught by increasingly sophisticated Chinese manufacturers. Without modifying its business model, Sony has been left behind by a world that has changed its relationship with technology.

What’s tragic is that Sony still has all the resources to execute well on a new strategy. Its engineering capabilities are impeccable, its research and development resources are highly developed and it has massive amounts of high-quality media. The success of the PlayStation shows that Sony has the ability to deliver a powerful experience through an integrated ecosystem of products and content. But these days the PlayStation is just another video game platform struggling to keep up with innovative alternatives like the Wii, Xbox and Kinect, and it’s been years since Sony’s other divisions unveiled a real game changer.

What’s missing is the strategic vision to emphasize the delivery of powerful and resonant user experiences. Hirai acknowledged several times the need for the company to change, but the goals he stated were still hardware focused: sell this many smartphones, that many camcorders. The user is still missing in this strategy, as is a sense of what Sony stands for, and what its vision is for an integrated experience. For Sony, it may be too late.

For other brands, there may still be time to change. Every industry has its Sony, still trying to get ahead by solving a problem that’s already been solved. But every industry also has its Virgin Atlantic, its IKEA or its Procter & Gamble: the major player that continues to innovate. Even Microsoft has shown signs of sensitivity to user experience in its latest mobile operating system.

Sohrab Vossoughi is founder, president and chief creative director of Ziba, a design and innovation consultancy based in Portland, Ore.