Strike two and you’re out: It’s board spilling season 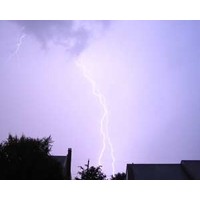 By Julie Walker and Stacey Beaumont

Joyce says it is “appropriate” that when company returns go down, that executive pay should also. O’Malley’s move pre-empted a $1 billion annual loss announced yesterday.

This is the second reporting year of the two-strikes legislation on executive pay. The law gives teeth to shareholder dissatisfaction about remuneration matters by providing that where there is a 25% or greater “no” vote on the remuneration report at any two consecutive annual general meetings, a resolution must be put to shareholders to spill the board.

Last year a number of corporate boards – including BlueScope – received their first “strike”, which, if repeated, could result in a costly and destabilising spill and subsequent re-election of a new board.

The trend for CEOs to decline their bonus this year is an effective response to a first strike or more generally, to forestall concerns about remuneration. The adverse media attention given to CEOs facing shareholder unrest about pay can have significant negative reputation effects for both the company and the executive. Pay issues can also dominate the AGM, at the expense of other important business.

Voluntarily declining the cash bonus effectively defuses the pay issue at the AGM without the adverse implications of a board-imposed cut in bonus because of poor corporate performance.

It also sends a powerful message about the commitment of the CEO in these austere times – as Paul O’Malley said, it was “the right thing to do”. And it seems that some Australian CEOs agree.

It seems too that the two-strikes rule is achieving greater accountability from company boards about executive pay. Australia has had a non-binding shareholder vote on remuneration since 2005.

Research indicates that the average “no” vote from 2005-2009 trended steadily upwards, with some companies receiving “no” votes well in excess of the 25% needed to invoke the two-strikes legislation. However, there is no evidence of similar “voluntary” pay cuts over the study period.

There is also the question of the sustainability of this strategy. Is it just a one-off to take the heat away from remuneration when corporate performance is poor and shareholders have previously dissented on the remuneration report?

Certainly in the longer term it won’t divert from a poorly-designed incentive plan or poor governance more generally. Better disclosure around remuneration processes is more likely to reduce shareholder concern and minimise the probability of a no vote.

In the meantime, it will be interesting to see how many Australian executives decide that knocking back their bonus is “the right thing to do” this year. And how those corporate boards will deal with the longer-term issues of fairness and disclosure of executive pay in the years to come.