Successful retailers let their results do the talking 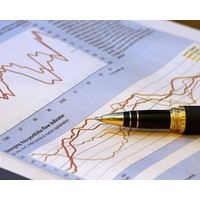 While retailers such as Gerry Harvey, Solly Lew, Paul Zahra and Bernie Brookes have publicly criticised the government and the Reserve Bank, you’ll hear no such complaints from arguably the world’s best retailer, Ron Johnson, of J.C. Penney. Or from Australia’s best retail executive, Oroton’s low-profile, yet remarkably effective Sally Macdonald.

While many Australians haven’t heard of Johnson (or even J.C. Penney, which last year turned over $US17.2 billion), they certainly would have heard of his last employer. Johnson was responsible for creating the world’s most wildly profitable retail chain – Apple’s retail stores.

Steve Jobs approached Johnson in 1999 to run Apple’s retail arm after Johnson had successfully turned around the ailing Target brand in the US. Since then Johnson turned the Apple retail brand into a powerhouse — Fortune noted in a detailed profile of Johnson that Apple stores average “$US6000 in revenue per square foot (compared with $US156 at Penney’s, $US194 at rival Kohl’s, and $US171 at Macy’s).” By comparison, Myer averages $US246 of revenue per square foot – or about 4% of Apple’s profitability.

Unlike Australia retailers, Johnson doesn’t request government assistance to boost profit margins, or demand interest rates cuts to boost revenue. As Fortune’s Jennifer Reingold observed at J.C. Penney, “to attract customers, Johnson unveiled a radically simplified pricing strategy, a slimmed-down but improved selection of brands, and a change in the store’s layout, which will consist exclusively of mini-boutiques arrayed around a ‘town square’. His goal is to reclaim the department store’s long-lost identity as a place shoppers visit not only for the goods but also for the enchantment of discovering something new.”

Johnson, who spurned roles at Goldman Sachs and Salomon Brothers after graduating with an MBA from Stanford to work at a down-market mid-Western retailer certainly gets it. As does Macdonald, Australia’s best-performing retail executive. MacDonald doesn’t need to plea for government assistance – instead, she continues to grow profitability at the 92-store Oroton chain (consisting of 32 licensed Ralph Lauren stores). For the December half last year, Macdonald delivered a profit rise of 4% to $16.1 million. (At the same time, David Jones reported a 6.7% fall in sales and 40% forecast slump in profit while Harvey Norman sales were down 1.2% and profit was 2.1% lower).

The performance of Oroton is even more impressive considering it’s long run of stellar results. When Macdonald took the reins in 2006, the group had recently announced a $9.4 million loss. Macdonald quickly sold off loss-making divisions, such as MARCS, Morrissey and Also, and shut poorly performing stores, turning the group around.

You also won’t hear Macdonald complaining about the lack of GST on imported goods under $1000. Unlike the likes of Harvey or Lew, Macdonald has embraced the online sales channel. For the December half, Oroton reported online sales growth of 60%, with its online store being the company’s largest and fastest-growing outlet. In 2010, before the online threat started impacting Australian retailers, Macdonald told The West Australian that “there will always be that touch-and-feel customer, but I think it (the convenience of online) just means there’s a bigger onus on retailers to have a more exciting store experience … it’s giving retailers another facet to think about it”.

So don’t worry too much about retail. As it always has, the low-margin, cut-throat sector will continue to reward innovative, forward-thinking companies such as Apple and Oroton. Unlike Harvey, Zahra and Lew – Johnson and Macdonald let their results do the talking.