Sweet little lies: How men and women use deception in negotiations 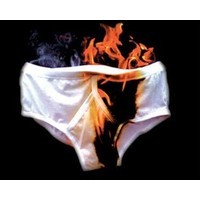 Negotiations, by their nature, tempt individuals into an ethical slide. Even the most principled negotiator would consider it acceptable to withhold some information from an opponent, just as a self-protective strategy: revealing all opens the possibility that an opponent will take advantage of a negotiator’s honesty.

So, negotiators are encouraged to adopt a “morally pragmatic” stance, openly sharing information only if they believe their opponents are trustworthy.

Recently, negotiation researchers have started to explore the conditions under which negotiators are more (or less) predisposed to use deception.

Gender is among the variables in play. Two findings stand out: women rate the use of deception as less appropriate and less ethical than men and women elicit more deception from their negotiation counterparts. Should it follow then, that women will deceive their opponents less, and be exploited by their opponents?

What emerges from my recent research, conducted with colleague Carol Kulik (UniSA) and student Lin Chew (Melbourne School of Psychological Sciences) is a more nuanced picture.

In our research we asked whether the use of deception was affected not just by a negotiator’s gender, but also his or her opponent’s gender; whether negotiators were accommodating, placing priority on their relationship with their opponent, or competitive, placing priority on achieving the best possible individual outcome; and by how trustworthy an opponent was.

Our findings, to be published in the Journal of Business Ethics, show that all of these variables matter when women negotiate, but not when men negotiate.

What do I mean by this? Men, in negotiations with other men, appear to operate in a flat decision-landscape. They do what they do, either deceive or don’t deceive, irrespective of their opponent’s strategy or trustworthiness.

We might say that their dominant concern is a utilitarian one in which the ends justify the means. And that this consequentialist approach overrides the nuances of the negotiating context.

But this pattern changes when a woman joins the negotiation. When women and men negotiate, we observe an interesting mix of pragmatism and opportunism.

Deception is relatively low and stable, except when opponents using an accommodating strategy are also seen as untrustworthy. What we see in these negotiating pairs is an ethical calculation, one that assesses whether the benefits of unethical action outweigh its costs.

The benefit of deceiving an untrustworthy opponent is clear, it serves to protect negotiators from exploitation. And the costs are likely to be assessed as low when an opponent accommodates, because this is seen as a soft strategy which almost invites exploitation.

Not only does the decision-making process become even more complex when two women negotiate but a new variable – the type of deception – comes into play. Women are most likely to withhold information (a sin of omission) from an opponent when that person is untrustworthy and behaves competitively. This is moral pragmatism in action. But the decision to misrepresent information (a sin of commission) is more complex and suggests an opportunistic streak in all-female negotiations.

Misrepresentation peaks under what we might consider the best of circumstances: when an opponent is perceived as highly trustworthy and uses an accommodating strategy. No threat, no likelihood of exploitation and yet lying increases. Maximum benefits, minimum costs. But deception goes down when opponents are competitive and able to sanction negotiators for acts of betrayal.