The ‘double bind’ of sexism 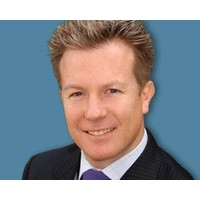 Sexism is a cultural challenge that is entrenched in many Australian businesses. It is completely counterproductive, as many businesses are currently struggling to attract and retain talented people in a very competitive market.

Women outnumber men in Australia and have high workforce participation rates. The Australian Bureau of Statistics regularly calculates the sex ratio, which measures how many males there are per 100 females.In the most recent reporting period, Sydney and Melbourne’s wealthiest urban areas were shown to have some of the country’s highest proportions of women – with 94 men for every 100 women in North Sydney and Melbourne’s inner south.

Sexism can be overt behaviour by individuals, or embedded in the cultural assumptions and work practices of a business. Whether or not you directly spot it occurring in a workplace, you can certainly measure the outcomes it produces.

The 2012 Australian Census of Women in Leadership report shows that a mere 9.2% of key management executives at ASX500 companies are women. This compares with 14% for US Fortune 500 companies, and 19% for companies in the New Zealand NZSX100. The ASX500 companies with the highest proportions of female executives are in pharmaceuticals, telecommunications, retail and transport.

The disparity in achievement within the public sector is striking, with women comprising 35% of all directors across government boards at a federal level. Within ASX500 companies, 56% have no women at all on their board of directors, and 63% of ASX500 companies do not have any women in key executive roles.

It is quite clear that few Australian businesses are seriously addressing the sexism embedded in their workplace cultures.

One of the most interesting recent academic reports into the underlying factors causing the gender ‘glass ceiling’ was published by Terrance Fitzsimmons from the University of Queensland Business School, titled Do Australia’s top male and female CEOs differ in how they made it to the top?. Drawing upon the results of a large number of previous academic studies, Fitzsimmons outlines the ‘double bind’, a core dilemma faced by female leaders who make it to a position of power.

In a nutshell, female leaders are viewed negatively by their direct reports when they are consultative, and also when they are assertive. In contrast, male leaders are perceived as more competent when exhibiting exactly the same behaviours. These perceptions can be seen played out in the daily media reporting of the federal election battle between Julia Gillard and Tony Abbott.

In response to the failure of the business community to improve female participation at leadership levels, some commentators have started openly demanding legally enforceable gender quotas for businesses. While binding targets are not likely to be introduced by any Australian government in the short term, the federal government have introduced several measures to combat workplace sexism and gender discrimination, with the most noticeable being the Workplace Gender Equality Act 2012. The main thrust of this federal legislation is to promote transparency, equal opportunity and equal pay in the workplace.

Workplace culture has a very significant effect on employee productivity, innovation and retention. The entire organisation can greatly benefit from a culture that is more cohesive, flexible and diverse. It is also crucial to remember that women are not the only people facing discrimination when applying for promotions within a business. People with disabilities, members of the LGBTI and Indigenous communities, and even older workers, face very serious prejudice in recruitment processes.

Workforce recruitment and retention programs within many ASX500 companies are clearly failing. Business leaders need to lead by example, immediately speak out against sexism when it occurs, and take personal steps to ensure they hire, mentor and promote a diverse range of people within their teams.