Take a tech detox over Christmas 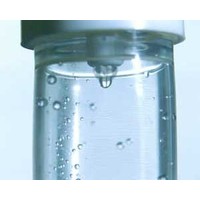 We’re glued to our technology. The advent of smartphones has been a revolutionary move in business, but it’s made us more connected – and dependent – than ever.

Checking tweets, texts and emails on the way to and from work, in the car, on the train, even in bed.

It’s enough to drive you mad. Which is why this summer, more experts are calling on entrepreneurs and anyone else glued to their phones to step back – and take a break.

“It’s really important to make sure you get some downtime,” says Corporate and Personal Consulting director Simon Kinsella. “To get some space away from work and the work environment.”

The problem is that our work environment has been extended thanks to smartphones and tablets. While technology has made it easier to work from home when needed, it’s also a curse. Many workers don’t know how to log off completely.

Recent research conducted by Nielsen for hotel booking site Stayz.com.au found 36% of respondents said they “couldn’t escape from technology” while on holiday, and that more than half would continue to check emails every day.

More than one quarter spend 15 minutes or more scrolling through inboxes on days off and 42% spend at least 15 minutes on social media every day.

“It’s hard for a lot of people,” says Kinsella. “But what it means is that you need to put some systems in place.”

Many entrepreneurs and senior types want to stop looking at their tech, but simply can’t. And not only that, when they do stop, they suffer a withdrawal.

It’s actually not as crazy as it sounds. In an article The New York Times published earlier this year, University of Texas neurobiology professor Dr Russell Poldrack points out it takes time to break tech habits.

When you respond to a notification on your phone, or you see that refresh bar load up with new tweets, your brain is actually giving you a signal. It’s feeding you adrenaline.

And when you don’t get it on vacation, you look for it in other areas – ever wonder why you come back from a holiday and don’t feel rested? It’s probably because you haven’t given yourself permission to “do nothing”.

There’s an important reason to do that – it feeds creativity. Countless studies show creativity prospers when you’re doing even menial tasks – and anecdotal evidence suggests the same. How many good ideas have you had at the gym, or in the shower, compared to intensely writing a report?

“This is an issue health practitioners have dealt with for many years, and they’re better at it,” says Kinsella.

“They’ve been in a situation where patients may want to contact them out of hours, and they know for their own benefit they need time away.”

“Really, the world doesn’t stop if you don’t respond to an email or a phone call straight away.”

But what can you do? As it turns out, quite a lot. We’ve spoken to a couple of experts and have come up with a few ways you can detox from tech this summer break.

Remember, it’s for your own good.

Here’s the problem with sending emails during a holiday – it sets an expectation that you’ll continue responding to other emails. Soon enough, if one person knows you’re likely to respond, they’ll keep hassling you.

It’s the same problem with replying to emails late at night, or in the wee hours of the morning. It sets an unhealthy precedent.

These experts say you need to set an email away message and ensure you stick to it – otherwise you’re just setting yourself up for disaster.

Delegate as much as you can

If you can’t properly delegate, then you probably have no business going on a break, these experts say. Part of taking some time off is ensuring that if you have a problem, someone knows how to handle it.

“Even when I have to travel for an hour or two, I’d rather not be dealing with that sort of work,” says psychologist and workplace trainer Eve Ash.

“Ideally in a large organisation, the work you’re doing should be replaceable or you should have someone delegated to do that job.”

Kinsella returns to the health care analogy when he says businesses need to train people up and have them “take responsibility for managing things”.

“There’s an on-call doctor for different departments, and an on-call staff member. Anything that escalates above that only does so when someone else can’t handle it.

If you’re going to look at your phone, don’t do it at night

If you do end up using your smartphone during your holiday, it’s probably best not to use it at night. This recent infographic from onlinepsychologydegree.net points out research which shows the people who use gadgets before bed lose out on precious sleep.

In fact, a two-hour exposure to light reduces melatonin – a chemical that induces sleep – and makes it harder for you to go to bed. The more you use gadgets at night before bed, the harder you’ll find it to get to sleep, and to wake up without feeling groggy.

When you’re sleepy, you’re not productive. Only look at gadgets during daylight hours.

Ash says you need to at least set times of the day where you don’t look at your technology, whether it is a smartphone or tablet. Or at least, set some hours where you can check email, but then immediately switch off.

“There are plenty of workplaces where this happens,” says Ash. “Where they put mobile phones in a locker and do their day’s work without that distraction.”

“Perhaps you just need to practise leaving the mobile phone at home and going for a walk without it.”

Don’t stress out about spam

One of the biggest worries people have is how much email they’ll have when they return.

Don’t. The majority of messages you’ll get in your inbox will be spam, and if you’ve applied your “away” rules consistently then there won’t be much catch-up for you at all, if any.

One of the more interesting findings from the Nielsen survey was that 17% of travellers go straight to work after their holiday without even stopping at home to drop off luggage. It’s a clear sign some people just need to relax.

The problem with disconnecting from technology is that it’s unlikely to work if you haven’t done it before. If all of a sudden you’re turning off your smartphone for two weeks after constant contact, you’re not going to have a good time.

Ash says you need to be disconnecting as often as possible – even one day a week if you can.

“That can be unrealistic for people who run a business every day, but it’s just a matter of being in control and aware of how much it impacts others around you.”

“The problem is that our devices have become our connection to both good things, fun things, and work. It’s a merger of the devices – and it can be dangerous until we stay on top of it.”