Target back in court over fake MAC cosmetics: How to tell if you’re buying the genuine article 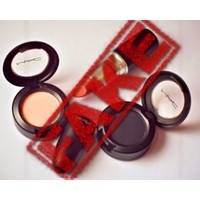 On Friday the Federal Court heard how Target and Estee Lauder could not agree on how to test whether the MAC cosmetics at the centre of their courtroom battle are, as alleged, fake.

It’s the latest volley in the strange case that sees the cosmetics giant accusing Target of selling fake cosmetics products it bought through an American wholesaler.

Target is not a licensed retailer of MAC cosmetics. When it started selling them, MAC owner Estee Lauder tested the products and claimed they were counterfeit. Target has pulled the MAC line from its shelves, but continues to defend its right to sell them in court.

Target says it bought the products from a licensed MAC wholesaler. It bought the goods into the country through the parallel importing provisions.

Ken Taylor is the managing director of Trademark Investigation Services, a company that works with major brands to help them identify counterfeits.

He says while none of his clients disagree with parallel importing in principle, it does open up new areas of counterfeit risk.

“It’s not only luxury goods that are counterfeited,” he says. “All types of goods can be, even things like soap bars, tooth brushes, razor-blades, deodorants. We’ve got some very big cases on those sorts of things running at the moment.”

Wholesalers catering to business clients can be easily found online, and can offer prices far cheaper than importing goods through official channels.

But unwary businesses can find themselves in breach of trademark provisions if they are selling counterfeit goods.

This can pose risks for your business. For example, importing through unofficial channels can leave you unable to honour the warranties on your goods, or can lead to you selling dangerous or faulty products to your customers.

Price: Too good to be true?

“The first alarm bell is price,” he says. “Some of the prices that people pay are just too good to be true. And of course, they’re not.”

There can be different reasons a product is being sold cheaply. It could have been manufactured for a different market, for example.

In a recent case, sporting goods retailer Paul’s Warehouse was found to have infringed on trademarks when it imported Greg Norman branded goods into Australia without dealing with the holder of the Australian license. The company Paul’s Warehouse dealt with had a license to sell the goods, but only in India, the court found.

Any quantity you want

Another warning bell, Taylor says, is large volumes of products that can usually only be purchased in small quantities. This can be a sign a product has expired and has had its dates changed, or it could be counterfeit.

Businesses should also watch out if they’re asked to repackage items so they can get through customs.

“The thing with importing foreign manufactured products is quite often the packaging or labelling is incorrect, which can lead to problems with customs.

“If any additional labelling is required, the importer needs to be very carefully. Trademarks on unauthorised products can infringe the Trademark Act.”

Taylor says a lot of big shipments of counterfeit goods are found this way, and destroyed upon entry into Australia.

“But of course, plenty of retailers and importers with these problems like to keep their stuff-up secret, so a lot of it doesn’t come to light because of that.”

Where’s it coming from?

“If it’s too cheap, and coming from the wrong direction, these are warning bells,” Taylor says.

A product made in Germany reaching Australia through four or five different Asian countries is unlikely to be cheaper than one bought directly from Germany. The freight alone is likely to cancel out any gains from buying in cheaper markets.

“People have to be realistic about what they’re doing.”

Perhaps the biggest difficulty for importers is that overseas counterfeiters will sometimes mix genuine and counterfeit goods together, making it difficult to test whether or not a batch of product is genuine.

“Depending on how much of a shipment is counterfeit, the price will slide,” Taylor says. Naturally, it’s hard to test every individual product in a shipment, which means importers must use their judgement and be on the lookout for other warning signs to ensure their goods are not counterfeit.