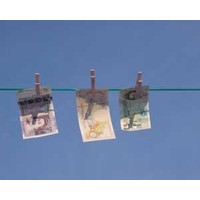 As if trying to negotiate 60 enterprise bargaining agreements (EBAs) into one single one was not enough, telecommunications company, Telstra (ASX:TLS), would like to introduce performance-based pay into its new deal with its 35,000 employees.

If that sounds like a tough ask, it is, says industrial relations lawyer and adviser, Peter Vitale. “It is not something that unions are a fan of, and it is difficult to implement because the critical issue is getting agreements on measures,” Vitale says.

Telstra defines pay for performance in its bargaining principles as “where we link pay to Telstra’s success and each individual employee’s contribution,” according to newspaper reports.

Unions have been fiercely opposed to introducing performance-based pay for public teachers, for example, arguing that it undermines a collegial approach to the classroom, that it is open to bias and favouritism, that it is too hard to define “good” teaching, and that no one will want to take on the kids who are difficult to teach.

There is also resistance to the idea among managers, according to Andrew Douglas, the principle of workplace relationship for M+K Lawyers. “It is not the Australian model. It requires a level of transparency that businesses are not willing to provide about what the actual performance is, about measuring it, and then paying up.”

Douglas differs from Vitale on the subject of measurement, however: he says it is quite straightforward to find objective measures across the four performance indicators that impact on profits:

“You can measure quality through waste or returns,” he says. “For safety – and there is real profit for businesses in safety – there are three layers of metrics, but if you look at lag indicators, you can look at near-misses or medical treatment. That tells you people are recording risks, and responding to prevent the risk materialising.”

Services can measure quality with feedback loops such as social media or other customer information, he says. “I draft these agreements for clients all the time.”

Side letters also keep pay tied to performance. “If it is in the EBA, employees and unions are inclined to assume it will be paid: it has to be paid,” Douglas says. “And it is also institutionalising management prerogative to unions, which you want to avoid.”

Ignorance about how to draft performance pay agreements is one of the main barriers to their use, as well as union resistance and management aversion to transparency, Douglas says.

They also require a big management effort, Vitale points out, to monitor, measure and reward performance. “It is important to tie executive bonuses to the successful implementation of a performance pay scheme,” he says.

Both experts agree that the boost to the bottom line makes performance pay agreements worth the effort to negotiate and manage. They are widely used overseas in both public and private companies.

Vitale says: “When it is right, it could and should be a very important feature of an enterprise agreement because what you really do is ensure that employees feel they have an interest in their employer’s business. Too often they perceive their own interests as separate from their employers.”