Ten strategies for closing a deal like Warren Buffett 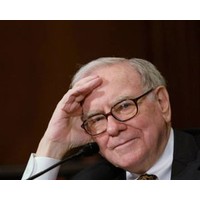 Warren Buffett’s near mythical deal-making powers are based on simple strategies that any business can adopt, according to Tom Searcy, the co-author of the new book How to Close a Deal Like Warren Buffett.

Searcy decided to write the book after realising that while Buffett the amazing investor is a subject that has been covered many times before, Buffett the dealmaker has not.

Searcygrew up in Omaha, Nebraska – Warren Buffett’s home patch – and has applied Buffett’s principles to his own deal-making.

“My own background includes having run four very, very fast growth companies. I grew each to greater than $100 million in size and each did that in less than five years,” he says.

Here are the 10 principles Searcy has observed in Buffett’s deal-making which you can use in your own business:

“The first key lesson is that you don’t have to sell everybody everything, all the time. What makes Buffett very successful is how selective he is about the kind of deals he does and who he works with,” says Searcy.

“You should be very, very choosy.”

In Buffett’s legendary annual letter to Berkshire Hathaway shareholders, he always includes a list of the characteristics of the kinds of deals he wants and what he is not interested in.

“A lot of SMEs try to pitch everybody everything,” Searcy says.

2. Offer something more than money

“The second thing is that with Buffett, you think, because he has the biggest cheque book that’s why he lands the biggest deal, but that is not true – it’s because he is the best salesman,” says Searcy.

“Most of the time the price he offers is dramatically less than what others offer. So what he is offering is something more than money.”

Searcy recommends not starting negotiations with price or money and instead start with other things so you can understand who you are selling to and what they want.

Buffett is famous for doing enormous deals with as little information as a few pages of business plans and the standard financials that a company would submit to a bank in order to qualify for a loan.

However, Searcy says what Buffett has going in is an encyclopedic knowledge of how businesses work financially.

“If you are going to be effective selling to anybody anything, you have to understand their business, their market; you need to be more knowledgeable about who you are selling to than your own business,” he says.

“Buffett knows more about their business, more than they know than themselves.”

“You’ve got to have done the research and the homework. Most people don’t do the homework they need to be successful,” he says.

4. Look for the love

An investor or a trader usually buys something and hopes to flip it to someone else, but Buffett is famous for saying his favourite holding period is forever.

Searcy recommends thinking about every customer to whom you sell as if you were buying the company for the long term.

“Buffet works with people who love their business, love their customers and love their markets,” he says.