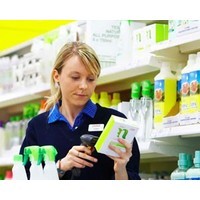 The early ’90s was not a good time for UK grocery chain Tesco. Sales were falling, profit growth was slowing, the share price was depressed and discount food retailers from continental Europe were beginning to enter the UK market. After a cost-cutting program things became even worse as competitors grew stronger. Drastic measures would be required to save the organisation in this most cut-throat of industries. But Tesco transformed itself.

Tesco, Building a Global Retail Brand Through Sustainable Marketing, a paper by Simon Knox, an emeritus professor at Cranfield University’s School of Management in the UK, notes that since the turnaround program Tesco has “transformed itself into a diverse international business with 65% of its selling space outside the UK. With 472,000 employees and 4811 stores worldwide, year-on-year sales have grown by over 6% in 2010. In the last six years alone, sales have more than doubled to £62.5bn, generating profits in excess of £3.39bn before tax and positioning Tesco as the third-largest supermarket group in the world.”

Expansion has involved entering new markets in central and eastern Europe, as well as China, India and the US. Store numbers have doubled and, in the UK, Tesco has more than 30% of the grocery market, Knox says, making it the market leader. What caused this turnaround was a stunning example of stakeholder management and targeted brand marketing.

“The real change agent was the Tesco Clubcard that they introduced in 1995,” says Knox, a recent international visitor to the Australian School of Business. “Tesco had developed a range of own-label products, begun in-depth market research with shoppers, improved in-store facilities – from bakeries and meat counters to baby change rooms – and rolled out a first-class training program that empowered all staff to look after customers the way they thought best. So a customer-centric culture was taking hold, but the Clubcard was the jewel in the crown, although many felt it was doomed.”

Knox reports that in a statement to the press the chairman of competing grocery retail chain Sainsbury’s, David Sainsbury, openly ridiculed the Clubcard scheme, saying: “It will cost at least £10 million just to administer. That’s wasted money that brings no benefits at all to customers. We have no plans to go down that route.”

The Clubcard would offer just 1% discount, which Sainsbury believed was of insufficient value to the consumer. The card also accrued points towards benefits for customers. But the real value wasn’t in the discount and benefits, it was in the data made available by the Clubcard.

A group of people within Tesco, including retail, divisional and regional managers, said they would like to be part of the Clubcard strategy development and put together a team to trial it, reports Knox.

“Tesco is very good at trialling, learning, adapting, then trialling again and moving forward. They adopted the Clubcard across a small number of stores and there was an immediate uplift in sales and commitment from customers. Suddenly everybody wanted to be part of the new regime. It moved from piloting and learning to a full-scale change management instrument, which has since been extremely successful. Six months later Sainsbury’s started playing catch-up by introducing their own card.”

Much of the success came from the wealth of information, constantly updated and refreshed as shoppers made purchases, about the supermarket chain’s customer base. “Operational benefits – such as refined stock selection, display and staffing levels – could be derived from the data, but the primary purpose of the data gathering was to facilitate future micro-marketing activities,” wrote Knox. “It would allow Tesco to gather detailed information about individual consumers’ buying habits, while maintaining feedback channels through which the company could communicate directly with its customers to build loyalty.”

One of the issues facing Tesco was how to manage all the data generated by Clubcard. To come to grips with that, a specialist marketing data analysis consultancy, dunnhumby, was brought in. “By the end of March 1995, over five million people had joined the Clubcard scheme and Tesco recorded a 7% increase in sales,” Knox notes. “Independent retail analysts AGB confirmed the impact of Clubcard on sales when they announced that Tesco had surged ahead of Sainsbury’s for the first time to become Britain’s leading retailer of packaged goods; a market position it has enjoyed every year since. One year after Clubcard’s introduction, the company also launched the Clubcard Magazine, produced in five different versions to suit different lifestyle segments.”