The ASX’s pitch for the midmarket 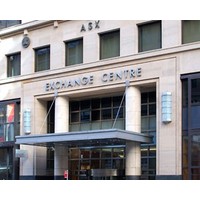 The Australian Securities Exchange has unveiled a number of proposals aimed at making it easier for mid-sized publicly-listed companies to raise money on the exchange.

The proposed changes target companies that fall below the top 300, but which have more than $4 million in net tangible assets, at the expense of larger and smaller rivals.

“It’s really the engine room of our economy that’s the worry here,” he told the ABC.

“The big guys can go offshore and they do – it’s pretty straightforward. For companies a bit down the scale, who are much more numerous and inevitably central players to all the sectors in our economies, that’s not as simple. A lot of major companies don’t have credit ratings, for example.”

This difficulty in attracting funding is what the ASX seeks to address. It’s holding consultations on its proposals, which include increasing the capital raising limit for mid- to small-caps to 25% of their market capitalisation, toughening the ASX’s listing admission requirements, and improving disclosure to investors in the resources sector.

An ASX representative told LeadingCompany the bourse was determined to remain a leading market in which to list and raise funds. “We’re investing in our listing and issuer services to ensure we continue to meet the needs of our listed entities for access to capital to fund their growth… Our proposed changes aim to better assist small- to mid-cap companies by reducing administrative and compliance costs.”

Mid- to small-cap companies, defined by the ASX as those with market capitalisation of less than $300 million, currently make up about 76% of the companies listed on the stock exchange. More than half of these are small resource companies based in Western Australia.

Such companies rely primarily on share placements (meaning the issuing of new shares) to raise further capital. In its report, the ASX noted that a 2011 analysis showed placements provided nearly 70% of capital needs for such companies.

“Mid- to small-caps can be seen as a more ‘speculative’ investment, limiting their ability to regularly return to existing shareholders for further contributions of capital. Placements are therefore a crucial source of capital,” the report said.

But regulatory and administrative burdens make it more difficult for mid- and small-caps to undertake capital raisings such as placements. The ASX is suggesting increasing the capital-raising limit for small- and mid-caps.

At?the moment, listed entities need approval of their shareholders at a general meeting to raise up to 15% of their equity capital over a 12-month period. “While this rule applies to all listed entities, it probably acts as a more practical constraint on small- to mid-caps,” the ASX representative said.

The proposal would allow companies worth less than $300 million to raise an additional 10% of their equity capital for 12 months after shareholders approve this at a general meeting, provided it’s offered at no more than a 25% discount.

At the same time, the bourse is looking to strengthen some of its admission requirements. It proposes companies should need assets of $4 million dollars – up from $2 million – before being able to list.

“It raises the bar for entry … so some of the micro-cap organisations we currently see won’t be there. It shows the companies listed there have a bit more strength.”

“The global financial crisis and its ongoing effects of that have placed challenges in the marketplace in terms of raising capital, and obviously smaller organisations have a bigger sell,” he says.

Archer adds that while Grant Thornton has yet to look at the rule changes in great detail: “our initial reaction is supportive”.

The ASX says this response is typical of the submissions to the consultation it has received so far.

“It’s too early in this next phase of the consultation process to reach conclusions, however the feedback from the first phase was extremely positive.  And comments from market stakeholders, as reported in the media, have been largely supportive.”

But some have raised concern over aspects of the proposal.

Clayton Utz partner Brett Cohen has warned mining, oil and gas companies to be aware of the “onerous” disclosure obligations proposed by the ASX.

As a trade-off for allowing smaller companies to raise more capital with shareholder approval, the ASX proposes they be required to provide further disclosure to investors, particularly in the case of mining companies which compromise almost half of the mid- and small-caps listed on the bourse.

The bourse has proposed a range of measures it says will improve transparency in the sector, including the reporting of all reserves, production targets and drilling results.

It’s not the first move the ASX has taken to help mid-caps raise equity. Last month it announced the $1-million trial of an equity research scheme to produce independent research of ASX-listed companies with market capitalisation below $1 billion. “The link between research and capital-raising cannot be overestimated,” the general manager of capital markets at the ASX, Richard Murphy, told The Australian.

The bourse has also floated the idea of increasing its trading hours to bring it into line with Asian markets to attract further Asian investment.