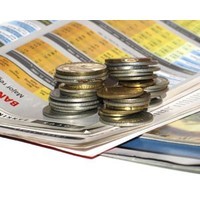 A hot float can raise millions for a company, but if the share price doesn’t perform over the long term, its new owners can make a loss.

For investors, this is what makes a company’s performance following an IPO so crucial.

It’s important to management too: a falling share price puts pressure on boards and CEOs, and grouchy shareholders who stand to make loss are within their rights to agitate or vote for change.

Yesterday, financial news service Bloomberg released its calculations of the best and worst global IPOs of recent years, in terms of the gains they secured for their earliest public shareholders. The ranking was calculated by taking the 90-day stock performance of the 179 global IPOs from September 2008 through to the end of 2011.

There are interesting insights about what is performing, and where the investment dollars are going.

Global capital markets froze after investment bank Lehman Brothers collapsed in September 2008, so there were relatively few IPOs in 2008 and 2009. This means most of the companies on the ranking listed in 2010 and 2011.

Australian companies have competition for investors’ funds close to home, the ranking shows.

Seven of the top 10 best-performing IPOs were in Asia, as dozens of industrial companies went public in recent years. This led Asian companies to raise more than half of the money gleaned from IPOs since the start of 2010, according to Bloomberg.

But a slowdown in China’s growth this year has tempered the expansion of some of the best-performing Asian companies at the top of the ranking.

The global economy may be floundering, but that doesn’t mean people are fleeing from luxury.

The best-performing company identified by Bloomberg was Wall Street-listed Michael Kors Holding, a luxury clothing and accessories company – a super high end where a handbag can cost up to US$500. The company’s share price soared 144% in the 90 days after it listed in December last year.

The fifth best-performer was Pandora A/S, a mid-market jewellery company based in Denmark. The company is best known for its build-your-own charm bracelets, with individual charms available for between $30 and $1300.

Despite the appetite of developing economies for commodities, sinking commodity prices led London-listed Glencore International to having the 15th-worst performing IPO. The oil, metals and coal trader’s shares fell 25% in its first 90 days of trading, and were trading at well below the opening price yesterday.

Other commodity companies to experience lacklustre IPOs were Jastrzebska Spolka Weglowa (a coal company based in Poland, with the 2nd-worst IPO), Athabasca Oil Sands (a Canadian oil and gas company, which came 3rd), and US-based Kosmos Energy (another oil and gas company, which came 7th). Their share prices fell 40%, 38.94% and 31.78% respectively in the first 90 days they traded.