The best Australian dot.com investments ever made 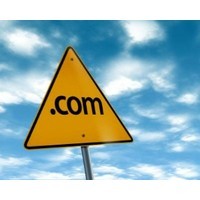 The second book in as many weeks detailing the fall of the House of Fairfax, Pamela Williams’ Killing Fairfax, details the fascinating story of how Lachlan Murdoch first saved, and then grew RealEstate.com.au into a $3 billion giant.

While Murdoch is often criticised as being the benefit of nepotism with little acumen of his own (largely due to his role in the One.Tel debacle), his championing of RealEstate.com.au within News Limited could very well represent one of the greatest digital investments ever made in Australia (and close to one of the best investments full stop). Consider our list of the best Australian investments of the internet era:

As Williams explains in great detail, RealEstate.com.au was only weeks away from insolvency before Murdoch invested $2.25 million in cash and another $8 million in contra advertising in the struggling dot.com.

The investment netted News a 44% interest in REA, which was later increased to 60%, making Murdoch’s $10 million bet (which in reality was far less) a $2 billion payday. To compare, many consider Peter Thiel’s US$500,000 purchase of Facebook shares (which was later sold for US$1 billion) to be the greatest angel investment of all time?—?Murdoch’s acquisition wasn’t far off.

Seek.com.au, founded by the Bassat brothers in 1997, was not always the unassailable monolith it appears today. In 2003, the business was struggling amid a spate of competition from not only Fairfax’s MyCareer website, but also international players like Monster.com. James Packer’s investment was actually a “down round” (meaning that Packer’s investment was at a lower valuation than the previous funding round).

Investing $33 million for a 25% stake, Packer would sell out six years later, making a profit of more than $440 million for PBL Media.

James Packer doubled up a few years later, with PBL investing $100 million in Carsales.com.au (which was also struggling in the face of heavy competition). PBL would sell its holding in the dominant automotive website within a few years for more than $500 million (by then Packer was no longer personally involved).