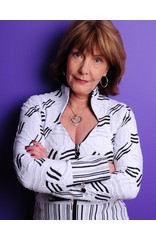 A survey of 400 businesses conducted by the Australian Industry Group and Deloitte found that more than a quarter of companies could not find workers to fill vacant positions, and the problem is predicted to worsen in the next five years. Mass exits from the baby boomer generation (predicted to occur in 2015-2020) could potentially leave gaping holes in many companies.

Despite this skills shortage, businesses are seemingly still refusing capable applicants on the basis of age.

Australia’s workforce participation rate for people aged 55 to 64 is 20% lower than in the US, and an increasing number of Australian companies are facing age discrimination claims.

Sex Discrimination Commissioner Elizabeth Brodrick recently referred to age discrimination as the “invisible” discrimination in our society that is “…so widely and unconsciously accepted that we are often completely unaware that our actions support it”.

Brodrick was speaking on the topic to announce the new Age Discrimination Commissioner, Susan Ryan AO, who began in her role in June, 2011. The appointment stems from an election promise to allocate $4 million over four years to the Australian Human Rights Commission to support the new position.

Are businesses reticent when it comes to hiring either young or older workers? And what would happen if businesses elected to turn down candidates because of their age? Apart from leaving themselves open for a whole spate of claims, businesses are putting themselves at a disadvantage by generating these negative stereotypes.

The benefits of experience

Research shows that older workers frequently demonstrate high levels of reliability, loyalty and stability, have less absenteeism and sick leave, produce work of high quality, are good mentors for younger employees and in many activities (notably work involving intellectual skills) productivity may in fact increase with age. The skills and experience of older workers represent a substantial investment that is lost when these employees leave the workforce.

Therefore, there is a strong economic imperative to reduce discrimination against older workers. Failure to do so and your business could be forced to defend a discrimination claim. The right to be treated fairly and equally is cemented in the Age Discrimination Act (2004), and also amongst various state based discrimination legislation. The Federal Fair Work Act (2009) also deals with age discrimination in the “General Protections” section of the legislation, which contains a reverse onus of proof on employers.

Despite all this legislation, age discrimination remains prevalent within our society. Fair Work Australia (FWA) is regularly confirming this in case law. In a recent unfair dismissal case the Full Bench of FWA stated that termination of employment of an individual over the age of 55 “had the potential to effectively ruin (an employees’) life”.

Why? In this particular case, the individual was well qualified, had an “exemplary” work record and lived in an area where there was plenty of work. Yet he had been unable to find alternative employment. The Bench put this down to the fact that he was over the age of 55. They also commented on the adverse affect that the dismissal would have on his superannuation entitlements, and his family’s financial stability. These factors were all taken into account in determining that this employee had been unfairly dismissed (for a minor breach of an OHS policy).

Discrimination in the recruitment stage

Some job candidates complain that they are not being fairly considered for positions because of their age – be it because they are too young and have unfavourable characteristics because they are part of the “Y-Generation”, or because they are “too qualified” or “overly experienced” (read: too old).
Australia’s economy might be in recovery mode, but a 2011 survey showed that skills shortages are hurting businesses and are likely to worsen in the next five years, with engineers, business managers, administration staff and accountants already difficult to find.

Because of the skills shortage, businesses need to start thinking about how they can retain their older workers for longer. With the golf course (or grandchildren) beckoning baby boomers, the challenge for business is going to be working out how to retain and accommodate older workers to suit both the employee and employer. Businesses should be proactively reviewing the types of flexible working arrangements that would suit both the business and appeal to the individual, be it working from home, or a gradual reduction in hours prior to full retirement.

However, many businesses are also raising concerns about people working for longer in the workplace. For example, some businesses claim that as people age, their ability to perform the “inherent requirements” of the job may deteriorate, or at the very least change. If a business is concerned about an employees’ ability to perform the duties of the job the situation should be dealt with sensitively. An initial private conversation with the employee can go a long way to showing genuine concern (as opposed to age bias and discrimination) for the employees’ health, safety and wellbeing in the workplace.

Medical evidence is critical in any business decision regarding an employee’s ability to perform the inherent requirements of the job. A business can direct an employee to attend a medical examination to confirm that the employee is able to perform the required duties. Objective data can be a useful tool in assessing an individual’s abilities and objective medical evidence can assist a manager depersonalise the situation.

An OHS specialists’ advice may also be useful to determine if tasks and duties can be performed in an alternative way to increase productivity and decrease the risk of injury. For example, a heavy toolbox could be split up into multiple components, or put on wheels for ease of use. Adaption may just be the key to both retention and engagement of workplace participants in your business and it is important to remember that there is an obligation on companies to provide a safe working environment for its employees.

• Educate your managerial and recruitment teams about age discrimination to limit your company’s liability.
• Do not tolerate age discrimination within your business and stamp it out where you see it occur. Inaction can be deemed condoning the behaviour, leaving your business open to a claim.
• Turn age bias on its head by recognising and appreciating age diversity within your business and exemplify the behaviour that you want from your employees.
• Be prepared to up-skill or retrain employees if you want to bring new people into your business and retain older workers for longer. Plan for this in your training and development budget.
• If you reasonably believe that an employee is not “fit for duty” then you have the right to direct the employee to provide you with medical evidence to show that the employee can perform the “inherent requirements” of the job.
• Build a good relationship with your local GP and have them visit your business so that they truly understand what it is that your employees are required to do while in your employ.
• Consider flexible working arrangements. For example, could your business accommodate a request from an older worker to reduce their hours to three days per week?
• Implement succession plans to ensure that skills and knowledge are passed on to the next generation before the older generation retires.
• Access government funding available to businesses to train up older workers so that they are able to mentor inexperienced employees in a bid to pass on the wealth of knowledge that they have before they exit the workforce.

Catherine Brooks is a solicitor with Ai Group Legal specialising in employment law. Catherine has advised and represented employers of various size, across a range of industries. She has appeared in the Supreme Court, Federal Court, Coroners Court and Fair Work Australia and is a competent advocate and litigant. Catherine is also a nationally accredited mediator.