The casualties of the social media recruitment revolution 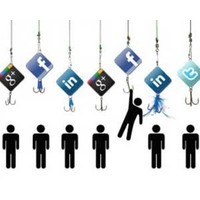 I met a gent recently, a referral from a friend. Let’s call him Greg.

Greg was having difficulty securing a new role. In fact, he had been out of work for 12 months. I knew I wouldn’t be able to help him directly, but I was happy to provide some honest and frank advice from a recruiter’s perspective.

The first thing that struck me was that Greg had an exceptional CV – a blue-chip employment history and highly relevant skillset. In our meeting, he was personable, well presented, clearly intelligent, and well-credentialed.

Both he and I struggled to understand why he was finding it difficult to land a job.

Slowly it became clear, though. He’d become an unwitting victim of the rapidly-changing recruitment landscape. Greg was ill-prepared to deal with the rise of recruitment via social media, the decline of job board advertising and the post-GFC employment landscape.

Since 2010, there has been a marked decline in the overall volume of job board advertising. SEEK recently reported that the decline had continued this financial year and now only 30% of candidates are placed via a job ad.

It is social media that is picking up the slack: LinkedIn, Twitter, and Facebook are the recruiter’s main tools. Many – like Greg – have failed to observe the shift.

Greg’s LinkedIn profile was all but vacant and his connections minimal. He told me that he often saw that recruiters had looked at his profile after he applied to a job, but none contacted him.

I advised him that LinkedIn is the new online CV. Headhunters do not wait on SEEK applicants now – we trawl social media for candidates and we now go to them. Even mid-entry level positions are now being filled by social media efforts.

Like all online marketing, content is king, and a LinkedIn profile should be a rich display of an individual’s capabilities and achievements. It should also demonstrate an active connection to the community; to being a ‘thought leader’ and an expert in their chosen field.

All of that was in Greg’s CV; none of it could be found online.

The shift to recruitment via social media has advantages for candidates. Job applications are typically dry and impersonal. Actively reaching out via social media creates an immediate and personal connection with the hiring manager or recruiter and puts those candidates who can cut through at the front of the pack.

It is no longer sufficient to apply and wait for a response. The ‘candidate short’ market of the post-2001 boom has evaporated. Want a plumber with tai chi qualifications and an MBA who speaks Russian? They exist. And they don’t need to apply for a job to be found.

Many, like Greg, are being left behind as they struggle to adapt to a changed recruitment paradigm, and embracing that change is the way to ensure you stay relevant.