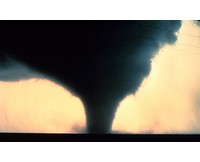 By and large, we expect to pay taxes, elect politicians, and abide by the laws of the day. In return we expect governments to deliver the services we want. Things like easy access to good-quality education, inexpensive medical services, reliable water, transport, and help when floods or fires affect our communities.

Which are all made more challenging by a simple fact – many Australians have chosen to live in places which are difficult and expensive to service.

Areas of incredibly low population density cover huge portions of Queensland, the Northern Territory, Western Australia and South Australia. Providing any level of service to citizens living in these low-density areas can be disastrous for government budgets, and private businesses have little incentive to operate in these areas without government intervention.

So while geography poses many challenges today, understanding the future cost of delivering government services requires public sector leaders to project where Australia is heading demographically.

Today roughly 64% of our entire population live in the state capital cities, and that proportion has been stable since 1976. The working age population of 15-64 year-olds makes up a roughly stable 67% of the total population.

The official population projections put together by the Australian Bureau of Statistics show an expanding population which is ageing rapidly. The age group projected to grow fastest is the one for people over 85 years of age. The projections are based on assumptions of significant immigration and birth rates, and there is no reason yet to believe the projections are flawed.

ABS Projections for population changes by 2056.

So without a massive increase in immigration levels, our available workforce will shrink significantly as a proportion of the population, and the elderly will start to dominate the economy.

The ABS is effectively projecting that Australia will soon be facing the same disastrous stagnation that has crippled Japan for the past 10 years. An economy faced with a shrinking workforce, rising demand for government assistance, and shrinking consumer spending.

European economies are currently projected to face even worse demographic shifts over the same timeframes.

Queensland is effectively ground zero for the demographic disaster facing the Australian public sector. Queensland not only has a very rapidly ageing population, it already has very high concentrations of the elderly in the regional areas surrounding Brisbane.

The median age in Queensland has jumped significantly in the last 10 years, and is now 36.6 years. To put that into context, New South Wales has a median age of 37.7 years, and agribusiness-dominated Tasmania now has the highest median age of 40.4 years.

While Queensland has for many years benefited significantly from net migration from other states, the bulk of those interstate migrants have been settling in the south-east corner of the state. Within Queensland itself, a large proportion of young people already relocate to find work and education opportunities, with many migrating to the greater Brisbane area. These workforce-age people could just as easily relocate interstate.

This clustering of the elderly will of course help the Queensland government to achieve some economies of scale, and offer the potential for significant private sector participation in service delivery. It will be counterbalanced by the need to also deliver services to communities located in sparsely populated areas, where in many cases the elderly could soon make up the largest group in the electorate.

While the adoption of shared services models and one-stop shops is quite fashionable at the moment amongst public sector leaders, they are just the tip of the iceberg of the changes needed to cope with the demographic challenges of the future.

New technologies will clearly help, with high-speed internet services offering the possibility of long-term reductions in service delivery costs in regional and remote areas. The potential for savings does however depend on a willingness to invest substantially, shutting down large parts of the “branch office” network, and for consumers to adopt “self-service” models and online service delivery.

Government needs to go through the same transition that banking did in the ’80s and ’90s, which saw the large-scale closure of branches, and the shift to ATMs and online transactions.

It is a very safe bet that politicians in regional areas and the usual cast of lobbyists will ensure that these changes will not happen quickly, or easily – regardless of the political stripes of the governments involved.

This map of employment demographics illustrates why Queensland will face intense challenges. There are many regional electorates where direct government employment makes up a huge proportion of the total workforce, and government wages and welfare are the basis for much of the economic activity in an electorate’s economy.

Poorly implemented public sector efficiency measures could potentially remove an enormous segment of economic activity from those regional economies. Queensland is not the only state with these issues, but will be likely to suffer badly compared to other parts of the country.

Public sector leaders have to work within the constraints placed on them by politicians. Politics is supposed to be the art of compromise. It will be interesting to see whether politicians compromise their desire to improve public sector efficiency, when faced with the prospect of government job cuts within their own electorates.