The five most common mistakes made on LinkedIn 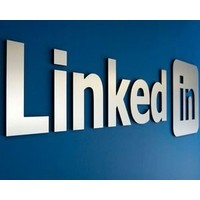 LinkedIn has grown phenomenally during its nine years of existence. In February, it boasted 161 million professionals who used its services. This is impressive when you consider how targeted its market is. Broad-market competitor Facebook has 901 million users, while Twitter boasts 500 million accounts.

Given the vast numbers of professional people using LinkedIn, and how highly your profile will appear should anyone type your name into Google, it makes sense for you to spend some time filling out and thinking about your profile.

But once you do that, here’s how to avoid annoying all your new contacts.

I feel a little bit guilty writing this, as almost everyone I’ve connected with on LinkedIn will tell you I’m lazy about my invitations.

But in the course of researching this article, I’ve realised the error of my ways.

I know it can take time to craft a personal message for every contact. But if you don’t, it gives entirely the wrong impression. It makes you look lazy, and like you don’t care about the new connection you’re making.

It doesn’t take forever to type a few sentences, and it makes a much better impression.

People don’t use LinkedIn for those things, instead tending to approach the site with a professional mindset. They post less, and what they do post tends to be more carefully curated.

If you approach LinkedIn as you approach Twitter, you could find yourself filling up the feeds of your contacts. You don’t want to do that.

Be selective about what you post to LinkedIn. And be very careful about linking it to your Facebook and Twitter accounts. While it might seem to save you time to post your updates to all three networks at once, they are very different beasts, and you probably have very different audiences on each.

On LinkedIn, you’re better off rarely posting than posting too often.

3) DON’T push your products or services

Studies comparing LinkedIn to Facebook and Twitter show it is by far the best social network when it comes to creating business opportunities. However, it isn’t an advertising platform, and shouldn’t be treated as such. Pushing your products or services too hard or too obviously can annoy your contacts – they are they to create relationships, not buy things — and that may cause them to delete you as a contact or leave groups and discussions where you are participating.

Post content that your network will see as valuable, and let them search out your company, its products and services.

It’s actually against LinkedIn’s rules to request to connect with someone you don’t know. If you pester people, they can say they don’t know you. Get five people saying this about you and you can get kicked off LinkedIn altogether.

If you do want to connect with someone you don’t know well, but have something to do with, a personalised message can help smooth the introduction.

Your network is only as strong as your ties to the people in it. If you accept everyone, you risk spreading yourself too thin and not devoting enough time to the contacts who are likely to be professionally rewarding.

There are other things to consider. At a recent SmartCompany webinar, Sue Barratt of sales consultancy Barratt said she didn’t accept invitations from recruiters she didn’t know, as she feared they were just requesting her acquaintance so they could look at and recruit her contacts.

Of course, if you don’t want to connect with someone but don’t want to see them jailed by the LinkedIn police, you can archive an invitation rather than clicking ‘I don’t know this person’.

This is part two of our series on how to use LinkedIn effectively to benefit yourself and your company. We published part one on Monday.