It wasn’t the election that kept retailers down, it was lack of innovation 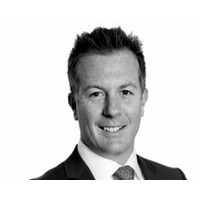 It has been another tough year of transition for many retailers, with major Australian retailers such as Billabong, Lisa Ho and Payless Shoes all paying a high price for poor management decisions. The rising volume and value of e-commerce transactions has started to impact the retail property landscape, and promises structural change and pain for many retail property owners.

Shopping is clearly an essential part of modern existence, but then so is putting out the bins for council recycling. Necessity clearly isn’t enough to generate retail enthusiasm and profitable repeat business in a retail landscape overcrowded with options. So retailers stuff our letterboxes and inboxes with discount offers, and put considerable effort into convincing us to merely visit their virtual and physical stores.

The slow-motion train wreck of the 2013 election campaign has already been widely blamed for poor retail spending. As you might expect, the Australian National Retail Association (ANRA) and the Australian Retailers Association (ARA) both jumped on the latest ABS retail figures to claim that confidence and retail sales were already showing signs of improvement due to the change to a stable, business-friendly federal government.

These attempts by retail lobbyists to link poor retail performance with election campaigns certainly generate a lot of media reporting, but fall apart under scrutiny.

Australian Bureau of Statistics (ABS) retail sales figures have shown that retail spending has been trending sideways now for most of 2013, after solid growth in 2011 and 2012. August 2013 figures show very flat retail spending across most product categories.

Australians were inundated in 2011 and 2012 with almost non-stop media speculation of the imminent demise of the federal minority government. Australia has effectively endured a three-year-long election campaign. Strong ABS retail figures for 2011 and 2012 contradict the theory that constant media reporting of government instability and negative electioneering have a huge impact on retail spending.