The game’s over for banking super profits. What’s next? 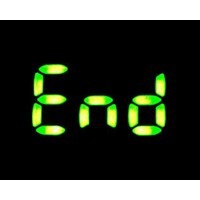 The era of super profits is coming to a close for the big four banks.

Punitive new Basel III rules are burdening them with heavy costs, forcing them to change their products and business models. But it’s hard to feel sorry for the banks. Strong and profitable, the big four Aussie lenders are among only 20 in the world to still be rated above AA. At last count, they reported combined annual earnings of A$24 billion.

The banks are criticised for “being greedy” – most recently for holding back much of the Reserve Bank’s May 0.5% rate cut – and for upping their profits while their customers struggle, an issue highlighted by the emergence of the new Bank Reform Party, which plans to contest the next federal election.

Yet, Australia’s big banks – ANZ, Westpac, NAB and the Commonwealth Bank of Australia (CBA) – are in a perilous position. They are not immune to Europe’s economic mess or painfully high funding costs. Further, they are suffering from sluggish growth at home as Australians cut back their borrowing. Claims that lending at dangerously narrow margins does nothing for the strength of the banking sector in volatile times seem to go unheard.

“Getting the balance right between safety and soundness and a perception that the banks might be too profitable is a major challenge,” says Stuart Scoular, partner and banking and capital markets leader at consulting firm PricewaterhouseCoopers.

Australia’s big four lenders also face new regulatory pressures. Basel III will profoundly change the business of banking which, by its nature, rewards risk. Bank executives are confronting bigger problems with Basel III’s three-pronged approach to capital, leverage, and liquidity requirements, which have been designed as a buffer against a massive shock to the financial system. Under the new rules, regulators must triple the amount of capital reserves that the world’s banks hold against loss. Regulators will also force Australia’s big four banks to hold enough cash to survive a 30-day financial crisis.

“In terms of the capital, every time we seem to get to the place that we want to be, our regulators say we require more capital, which is an issue for the industry,” laments ANZ chief Mike Smith.

Setting aside capital for those unpredictable events introduces a number of complexities for the banks, according to Jerry Parwada, head of the School of Banking and Finance at the Australian School of Business. “To cope, they’ll have to better understand their business and be much smarter about how they deploy capital and assess risk. Returns have to be linked to risk much more accurately … it means a much more frequent need to strategise.”

Under the new regulatory framework, higher risk transactions will become less desirable because banks will need to hold more capital against them. Some businesses that would have been considered attractive previously will be shelved.

The very nature of a bank will be questioned in the future, says Vic Edwards, visiting Fellow at the Australian School of Business. “How can they meet shareholders’ high expectations for returns if they can’t leverage their capital?” he asks. Put simply, banking has always been about putting money at risk and being paid to do so. Banks aren’t about managing controls and yet that will now be their business.