The great online shopping debate: How locals can win 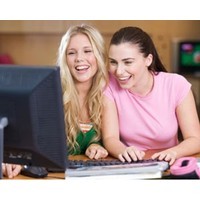 Australians are among the most enthusiastic online shoppers in the world.

Our most recent survey, published in the CCi Digital Futures report, The Internet in Australia 2012, has found a quarter of Australian internet users make weekly purchases online, compared to 18% in the UK and only 12% in New Zealand.

And while activity is growing among those who are online, the online Australian population is also continuing to grow.

But amidst these figures, reporting has concentrated on flat “official” retail figures, high-profile retail collapses and the “threat” of online retail.

Poor pre-Christmas sales in 2010 prompted big retailers including Harvey Norman and Myer to press the Federal Government to apply GST to goods bought online worth less than $1000.

But this reaction gave the impression they had only just heard of the internet.

While perfectly justified, their complaint that the GST-free threshold on goods bought by Australians from overseas sites made for an uneven playing field, was a little beside the point.

Australians were not going online just to save 10%. A public campaign to increase the costs of goods bought online was never going to strike a popular chord.

So why have Australia’s large bricks and mortar retailers been slow to respond to the challenge of the internet? If the conventional rule is “once bitten, twice shy”, the response to the tech-wreck of the early 2000s suggests that for Australian retailers, the multiplier is greater than the customary two. Cheaper prices and greater variety has led Australians to purchase overseas.