The Heretic’s Guide: The problem with best practice 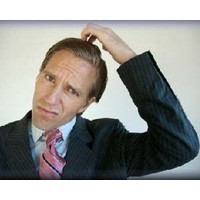 Paul Culmsee can remember the exact moment that he became suspicious of ‘best practices’.

He was working as an infrastructure architect in 2006 and was putting in place a company-wide corporate communication tool that allowed document-sharing and social networking.

“I instinctively knew something wasn’t right,” he wrote on his blog, CleverWorkaround.com. “We were doing everything correctly but there was just something that didn’t seem right. So I went and spoke to one of the main stakeholders.”

Over coffee, the stakeholder asked a basic question about the communications tool that showed he didn’t understand the program or the project at all.

“How could we have gotten into the implementation phase for someone to ask such a question?” Paul wrote on his blog. “He sat in all the meetings with everyone else … What was wrong with our processes?”

It was this experience – of finding a key participant in the project who had failed to understand what it what for, why it was important, and how it worked – which led him to re-evaluate the so-called “best practice” processes in business.

He found these model processes to be so lacking that he eventually published The Heretic’s Guide to Best Practices, with co-author and fellow heretic, Kailash Awati.

The Heretic’s Guide takes a look at the processes business leaders use to solve complex situations, and asks how effective they really are. “[Businesses] are too methodology and practice driven,” Awati tells LeadingCompany from Singapore. “They feel if they follow the methodology they don’t have to think and they can’t get fired. But maybe that is getting in the way of what you’re trying to do.”

Awati had similar experiences to Culmsee’s when working as a consultant in Germany. “They did these huge projects implementing big systems and most of them ended up having a life of their own,” he says. “The stated goals of the project were rarely met and that’s when I realised that there’s this world of idealisations and abstractions out there that are taught to managers, that don’t relate to reality.”

Culmsee and Awati are protesting the mentality of the “right” way to do things.  They are challenging a belief among leaders that there are correct ways to manage projects that can be codified into “standards, best practices and methodologies”.

These ideas are unhelpful because the problems they’re supposed to be addressing are complex and unique. “People worry more about following a process than what actually makes sense,” says Awati. “Most of these methodologies tell you to adapt them as you need to but people ignore that.”

One problem is vague mission statements, filled with broad clichés and contradictory language. There is a benefit to clear and quantifiable goals for an organisation, they argue. “Everyone in their weird and wonderful way wants to make things better,” says Culmsee. “There’s often a particularly significant gap between what executives perceive reality to be and what’s happening at the coalface and that’s because of an inappropriate or poorly-communicated strategy.”

The solution lies with a completely different view of the role of communication.

“Communication in organisations is actually seen as a way of conveying information. Instead communication is about building relationships,” Awati explains.

Culmsee and Awati suggest creating a “holding environment” for employees. “We borrowed this term – the holding environment – where you create an environment of participation, safety and influence, where people feel safe to speak their minds without it turning out badly for them,” says Awati.

The holding environment helps to protect stakeholders from feeling disenfranchised from the project, and aims to get staff feeling that the end result is important to them.

A method to achieve this end involves three simple steps: identifying the issues or problems that need to be solved, canvasing the position on how these can be fixed, and discussing the arguments in favour or against. This method, called visualised reasoning or dialogue mapping, is outlined in a tool called Issue-Based Information System (or IBIS). Through simple methods such as lBIS, the pair  argue companies can achieve a creative and collaborative environment, which methods based on prose – such as discussion papers, proposals and reports – can’t achieve.

These are just some of the problems and solutions that the two present in their book. What it boils down to is looking at what’s really happening in your business.

Awati says: “Look at the reality in your organisation as it is, instead of applying a model. First comes reality, and then comes process and models.”