The increasing importance of intangible assets 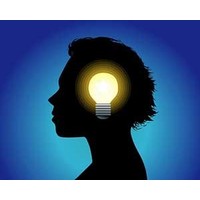 In 1912, among the world’s 10 largest companies were the likes of US Steel, Jersey Standard, Pullman and American Tobacco. Their success rested with their physical assets: oil fields, railroads and factories. A century on, oil companies still dominate the top 10, but there have been some new entrants: IBM, Microsoft and Apple, with Apple vying for the top spot.

Unlike the old industrial giants, these three tech companies rely not on physical assets for their prosperity, but on ideas and innovation – in short, their intellectual property (IP). Indeed, far from owning its factories, Apple outsources the production of its ubiquitous iPhones and iPads to Chinese manufacturers.

The change illustrates the increasing importance in the global economy of intangible assets, such as IP. As manufacturing and manufactured goods have become commoditised, ideas are driving wealth creation. “Modern business is based increasingly on the potential, rather than the piecemeal value of assets,” observe Michael Walpole, a professor of taxation at the Australian School of Business, and Nadine Riedel of Oxford University’s Centre for Business Taxation. “As the costs of many tangible assets have declined through mass production and technological innovation, the value of intangible assets has increased and these assets often constitute a significant, if not majority portion of a business’s value,” write the researchers in their paper, The Role of Tax in Choice of Location of Intellectual Property.

Indeed, in 1984, the book value of the top 150 US public companies – what their physical assets could be sold for on the open market – made up about 75% of their stock market value, according to a paper by US private sector economists Robert J. Shapiro and Nam D Pham. By 2005, the book value of the top 150 companies had dropped to just 36% of their market value. The remaining two-thirds of value lay in their intangible assets, in particular IP.

IP is defined as an intangible asset because it has no physical form. According to the World Intellectual Property Organisation, IP refers to creations of the mind: inventions, literary and artistic works, and symbols, names, images and designs used in commerce.

Walpole and Riedel set out the problems – and the opportunity – that intangible assets pose for government. The intangible nature of the assets means they are “mobile and able to be relocated, reconstructed and even manipulated by business to optimise the benefits (or minimise the disadvantages) of the application of legal and tax rules”.

“Multinational companies are better able than most to exercise choice regarding the location of such assets. As one of the intangibles that is more readily defined, valued and protected through the legal system, IP is prime amongst this group of assets,” they write.

The mobile nature of IP means that tax authorities can distrust companies’ motivations for locating IP where they do. Authorities often suspect that companies move IP to low tax jurisdictions and shuffle profits across borders to minimise their tax obligations.