The lessons we haven’t learned from the GFC 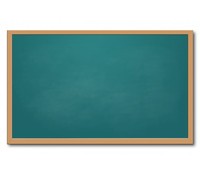 It has been five years since the sub-prime mortgage crisis emerged in the US. This was followed by financial institutions suffering liquidity shortfalls in both US and Europe, and their eventual collapse or public rescue.

What started off as a financial crisis in a limited number of economies affected the broader economy and other countries through the complex linkages of our contemporary global economy. The cost to the general public has been multi-fold: repossession of homes, job losses, and depreciation in value of investments, among others.

Given the extent of the pain that many suffered, there were strong incentives to address shortcomings in the financial sector. Although corrective measures have been adopted in the last five years, progress has been slow and somewhat limited in nature. In light of actual outcomes, we can only conclude that we have a case of business as usual and that another financial crisis will soon reappear.

There was broad consensus at the height of the crisis that three main issues required further attention at the domestic level. One: improving regulatory and supervisory structures over the financial sector. Two: tightening the regulation of activities that financial institutions can conduct. Three: addressing the incentive structure for risky behaviour in the financial sector (eg bonuses). Progress on all fronts has been modest.

Let us focus on developments in the US — the “genesis” of the current crisis and home to the most important financial sector in the world.

Regulators have recognised the importance of shifting their focus from “micro-prudential” (firm level) to “macro-prudential” (system level) regulation. However, there is still a lack of clarity on how this might be implemented and whether regulators would actually be able to identify systemic weaknesses.

An overarching Financial Stability Oversight Council was created to better facilitate ‘macro prudential’ supervision. But there are signs that actual implementation of the Dodd–Frank Wall Street Reform and Consumer Protection Act (2010) is paradoxically fragmenting the division of labour in supervision.

In addition, in the process of implementing the Dodd-Frank Act, a new raft of complex regulations were created, which are likely to serve as incentives to financial institutions to avoid regulation by shifting activities to as-yet unregulated areas.

However, financial institutions are still permitted to “innovate” their products and customised derivatives will remain largely unsupervised under the cover of private trades. In other words, the laws only capture risks that were exposed by the previous crisis while leaving the ability for new risks to be introduced into the market.

Talk of capping bonuses paid to executives has all but disappeared. While there is widespread recognition that remuneration structures should be sensitive to the incentives created, the levels of compensation are no longer questioned. Although this is an important recognition, it is hard to imagine that employees would not take undue risks if it can improve their performance at the work place when potential rewards remain so attractive.

Why has progress been slow?

Lobbying from industry has watered down many of the stronger proposals that were first floated. This is not unique to the US. In the UK, similar developments have transpired. The chairman of the Independent Commission on Banking recently criticised its government for weakening the effectiveness of some of the reform measures that the Commission had earlier proposed. Appeals to protect the “competitiveness” of national markets have also proved to be too alluring to legislators, resulting in a compromise on the “lowest common denominator”.

Some of this might have been mitigated if we were able to harmonise regulations at the international level. However, that is not the case with the exception of capital ratios and very general principles agreed at the Basel Committee on Banking Supervision, to which countries are not obliged to subscribe and if and when they do can be modified through national forms of implementation. Instead, we continue to live with national-based regulatory and supervisory systems while financial markets continue to become increasingly internationalised.

In short, global financial sector reform thus far has really only tweaked the margins. None of the changes challenge the underlying dynamics — where risky behaviour is seen as a form of value creation — nor do they question the increasing disconnect between the financial sector and the “real” economy.

The structural (as opposed to institutional) incentives of the contemporary financial system do not leave much room for an optimistic prognosis on the likelihood of future crises. Indeed, economists (such as Paul Volcker) consider the most important task of the day to be the development of approaches to deal with the imminent failure of systemically important institutions. Instead of reform, one might argue that we have surrendered.

Jikon Lai is a lecturer in international relations at University of Melbourne. This article first appeared at The Conversation.