The management messages behind $27b in corporate writedowns 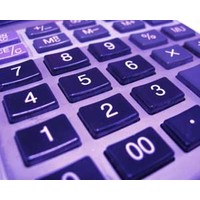 Investors saw some awe-inspiring numbers – and not the good kind – trotted out over the past two months of the corporate reporting season.

In total, $27 billion has been written down by the 50 biggest listed companies, according to analysis by accounting firm, KPMG, for the Australian Financial Review, and reported in the AFR today.

A writedown involves reducing the book value of an asset because it is overvalued compared to the market value. It usually occurs when a company publishes its financial statements.

There will be more writedowns, says Julie Garland McLellan, a corporate governance expert and director of manufacturing company Oldfields.  “This is a non-cash item, so, unless you have debt attached to the asset, it doesn’t affect your company’s solvency,” Garland McLellan says. “However, if you are buying assets and they are not worth what you paid for them, it is not something you want to continue to do.”

The corporate regulator, the Australian Securities and Investments Commission, is on the lookout for cheating over asset values this year. Stephen Whitchurch, an assurance partner at accounting firm, Pitcher Partners, says: “It is always an area of focus for auditors, but ASIC has flagged that it is one of the key items it will look at in reviewing this year’s annual reports. That is another reason you are seeing the writedowns.”

Writedowns are a valuable signal of a company’s performance … and that of its directors. “It is very good practice for a board – before they do the audit – to go through the company’s assets and ask, what is the discounted cash flow valuation of this asset, and what is its tax value,” Garland McLellan says.

But making the decision about when an asset is impaired, and must be written down, isn’t easy, says Whitchurch.

There are exceptions to Garland McLellan’s rule of thumb, he says.  “You can’t generalise; it depends on the nature of the writedown. Some large miners might decide not to continue at project, and once they have made that decision, they write down the whole value.”

In some cases, the writedowns stem from acquisitions made during global financial crisis. “Companies can buy businesses at the height of the market, and when you assess that value later on, then the asset value goes down because of the operating conditions,” Whitchurch says.

“Within those standards, there were methods proposed to calculate ‘fair value’ [of an asset], and discounted cash flow was adopted,” Whitchurch says. “There is complexity on the discount rate used, on the cash flows themselves and the time period, which is normally five years, and there is inherent difficulty predicting over that period.”