The most expensive ads on television: The spots that made waves at Super Bowl 2013 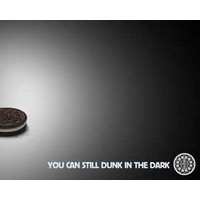 For a sport played predominantly in America, the Super Bowl – which saw the Baltimore Ravens hold off the fast-finishing San Francisco 49ers to win 34-31– grabs a lot of attention.

This isn’t because of closet gridiron fans. These days, the spectacle is far bigger than the game. In the world of advertising, the Super Bowl is huge. Last year’s Super Bowl was the most-watched television event in US history, with 111 million tuning in. Add a few more million watching overseas, and it’s easy to see why the event is big money. Advertisers shell out up to $4 million for a 30-second slot, and this year, more than 50 large American companies bought airtime.

To get all they can out of their investment, these days most advertisers pre-release their ads before the game to up their chances of going viral. According to YouTube, the ads released before game-day generated, on average, an extra 9.1 million views on the video-sharing website, while those launched only after the game were watched just 1.3 million more times.

Here are the ads making waves at this year’s Super Bowl.

While its rivals released teasers or full ads in the days leading up to the Super Bowl, Chrysler kept quiet. It’s the only major advertiser that  didn’t say anything about its ad, other than confirming its existence, which meant fans were desperate to see it.

Chrysler’s ads in 2011 and 2012 are widely regarded as two of the most iconic Super Bowl ads ever created – ads willing to confront and challenge the pervading pessimism of the times, painting Chrysler as a symbol of resurgence. In 2011, rapper Eminem took viewers through a defiant tour of Detroit, telling the world not to write off “Motor City”. In 2012, silver-screen legend Clint Eastwood spoke to the uncertainty of the times, telling viewers it was “half-time in America”. The second half was still there to be played, Eastwood told anxious audiences.

Volkswagen’s ad tackles a simpler problem: how to be happy at work. To every American dreading the resumption of the daily grind, it explains: all you need to be happy is the right attitude and a Volkswagen. Oh, and a Jamaican accent.

True to the times, plenty of the ads incorporate social media and crowd-sourcing elements.

Doritos has been crowd-sourcing its Super Bowl ad for six years. This year’s crop had six possible ads, all featuring people (or animals) succumbing to their worst instincts for a bag of Doritos. Viewers could vote for which ad would play during the Super Bowl. The winner?

Can you get people to buy your product by advertising what it doesn’t do? Laundry-products maker Tide is trying it, using its Super Bowl spot to screen an ad for Tide Stain Savers, a product that, like the name suggests, will help “preserve” your stains.

First-time advertiser Oreo used a similar tactic, encouraging viewers to weigh in on one of the greatest cookie-divides of our time: whether the cream or chocolate part of the Oreo is better.

It wasn’t Oreo’s only marketing score of the night. When a power outage disrupted the Super Bowl for 35 minutes, Oreo responded by quickly releasing an ad for the occasion, which simply read: You can still dunk in the dark. The Twittersphere was quick to highlight the company’s ability to move quickly to capitalise on a marketing opportunity.

In a new twist on an old classic, a would-be Mercedes owner contemplates a deal with the devil.