How to lead across generations 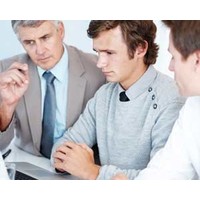 There have been hundreds of books and articles written on the differences between generations. Most of the accusations levelled rely on anecdotal evidence, and as is often the case with such sampling, some are accurate, while many are not.

But different generations did grow up at different times, and this affects how they see the world and their place in it, author and management consultant Avril Henry told the Australian Business Chambers Conference last week.

This matters to leaders for one reason: employee engagement.

“Only 18% of Australians are actively engaged in their work,” she says, citing a recent Gallup poll. “62% are disengaged, and 18% are actively disengaged [and thus likely to purposefully waste work time].”

“This costs Australia $31 billion a year.”

To stem this, leaders and managers have been advised to be different things to different people. As we live and work longer, Australia’s workforce is more generationally varied than ever before. This means understanding the motivations of the different people working for you is important.

Henry has worked with leadership teams at companies including IBM, Optus, BHP Billiton, and across Australian federal and state governments. She’s the author of a new book on managing cross-generational workplaces called Inspiring Tomorrow’s Leaders Today.

She says there are three characteristics that leaders need to be able to lead well across all generations.

2)      Flexibility and an outcome-focused way of evaluating individuals. “Flexibility isn’t just for women with kids,” she says.

3)      Authenticity. “It’s important to be able to be yourself,” Harvey says. Younger workers in particular respect and respond well to this.

And finally, it’s important to know what motivates different generations, paying particular attention to how open and welcoming they are likely to be of change.

Veterans are rarely talked about, but they still comprise 6% of the Australian workforce. They’re likely to be your boss, or on your board or advisory committee.

“They’re the generation most resistant to change,” Henry says. “That’s why it’ll take us 177 years to reach gender parity on boards.”

And yet, she says, veterans are frequently the ones in positions that are meant to drive change, meaning it’s important to bring them along for the ride.

Baby boomers comprise the biggest part of the workforce. And for better or worse, they’re not going anywhere.

“They’re the generation least prepared for retirement,” Henry says. “They haven’t had the benefits of compulsory superannuation most of their working lives, and the GFC has in many cases obliterated the nest eggs they had built.”

Baby boomers, Henry says, are both wary and weary of change.

Boomers are motivated by financial and career security.

Henry calls Gen X “the sceptical generation”. Comprising 40% of the workforce, they tend to be more analytical than others.