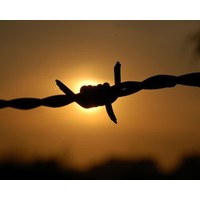 Whether you are laying off many employees, dealing with poor performance or telling someone they didn’t get the promotion, being the bearer of bad news is the toughest thing a leader has to do. It’s the worst part of the job.

It’s not just because of the potential impact that piece of news might have on that particular employee (What if they cry? What if they do something stupid?). It also has an impact on everyone else. Other employees are watching. A badly-communicated message could affect productivity and retention; it could damage the company.  And the worst part? No one is going to praise you for handling it brilliantly. You become the bastard for a day … or longer.

Funtastic CEO, Stewart Downs, has come through a sustained period of delivering bad news. He cut the toy retailer’s divisions from 22 to three, reduced its brands by two-thirds to 22, slashed suppliers and then sacked more than half the workforce, which dropped from 550 to 200, according to a report in The Australian today.

Experts say many managers are now suffering from “bad conversation fatigue”. It happens as more companies suffer through bad times.

The Australian Institute of Management chief executive officer, Susan Heron, says conveying bad news has an impact on managers. “The manager who has done this is probably feeling dreadful,’’ Heron says. “It’s not something they do every day and it’s something they would like to avoid at all costs. They feel dreadful; they have just had a hard and negative experience. They also have to go out and face the other staff.”

Part of the solution is in training, experience and skills:  (See Part 2 tomorrow: Difficult conversations – practical skills to do them well).

But even experienced leaders can struggle with handling the personal impact of the task. There are strategies that leaders can use to keep themselves buoyant, or at least on an even keep, through the difficulties.

1. Be prepared emotionally as well as practically.

Experts say the most important thing any manager should do is to be prepared.

As well as pragmatic skills and tools (See Part 2 tomorrow) it is important to prepare emotionally.

Hillary Armstrong, the director of education at the Institute of Executive Coaching, says managers going into difficult conversations first need to sort out some questions. “The most important thing is you work out what belongs to you and what belongs to the conversation. It is important in that preparation to think of what outcomes we want, why we are here, what is the purpose, and what relationship do we want with that person in the future, even if they’re leaving the organisation.”