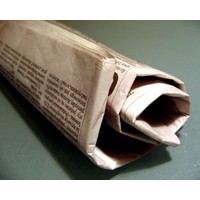 With the possible exception of titles such as The Wall Street Journal, The Financial Times and The Economist, newspapers all around the world, including Australia are struggling with the transition to digital publications. Can smarter pricing help?

Make it easier for advertisers to buy (and sales reps to sell) advertising solutions (not products!) across different mastheads in different geographic markets.

Standardised ad sizes makes it easier to bundle across print publications, but print advertising products should also be bundled with online products to assist in the migration of print-only advertisers to digital platforms.

There is no “gold standard” paywall model as yet: the model used by The New York Times is different from the model used by The Times of London. The success of any publishers’ paywall will be a function of understanding its readership and offering choice. Some readers will be ‘news hounds’ interested in food and wine. Others will be sports fans who keep an eye on the real estate market. Let subscribers pick and mix what content they subscribe to.

Offer corporate subscriptions. How much website traffic comes from employees getting a news or sports fix during a lunch break or, more importantly, researching work-related stories online during business hours?

Advertisers are now accepting higher advertising prices for tablets, versus website advertising, or even paying to sponsor tablet apps. Readers are directed towards the Intelligent Life iPad app, which is not only sponsored (recently) by Credit Suisse, but also makes engaging use of audio and video for advertisers.

The “rivers of gold” from classified advertising are never going to return, so digital publishers need to be leaner and meaner. It will take multiple revenue streams to start making a dent in the hole left by the ‘rivers of gold’ and become a successful digital business. Publishers should consider launching online radio and TV stations, for example.

Part of that diversification strategy may involve a change in mindset, from being a content provider to a marketing services company. Just published a feature story on the hottest travel destination in Asia, or review a fantastic shiraz from the Barossa Valley? Let the reader click through and the purchase the product, clipping the ticket on the way.

The Times increased its circulation by 2-3% after changing to a tabloid. It put its cover price up £0.05p to £0.60 in September 2005. Sales of The Independent increased 15-20% after going tabloid, but McKinsey estimates 20% of advertising revenue is put at risk with a format change. Research advertisers’ and readers’ expectations carefully. Sure, it’s easier to read a tabloid paper on a crowded train (improved value) but does a full-page ad in a tabloid have the same value to an advertiser as a full-page ad in a broadsheet?

Magazines are weathering the storm

If worse comes to worst, consider converting to a magazine. Magazines are inspiring, and often carry aspirational (and thus expensive) advertising.

Many publishers already have disparate databases of subscribers: to their e-newsletters, property alerts, even dating sites, in some cases. These should be consolidated and analysed to come up with highly targeted offerings to an already engaged audience – and not forgetting those who still get the local newsagent to home deliver a newspaper.

In the late 1990s, Kodak enjoyed margins of about 50% on its film products, sales of which were still growing at 14% pa. But in 2000, digital photography became mainstream almost overnight.

Kodak’s subsequent strategy focused on three main businesses: consumer, health and commercial. Margins subsequently stabilised at about 30%, but not enough to stabilise Kodak itself. The reinvention of newspapers in the digital age must include a focus on pricing.

Declaration of interest: The author has been a subscriber to The Economist for more than 15 years, but apart from reading the photo captions, has not read a single copy of the newspaper for the past six years. He does, however, listen religiously to the audio edition on his iPhone!